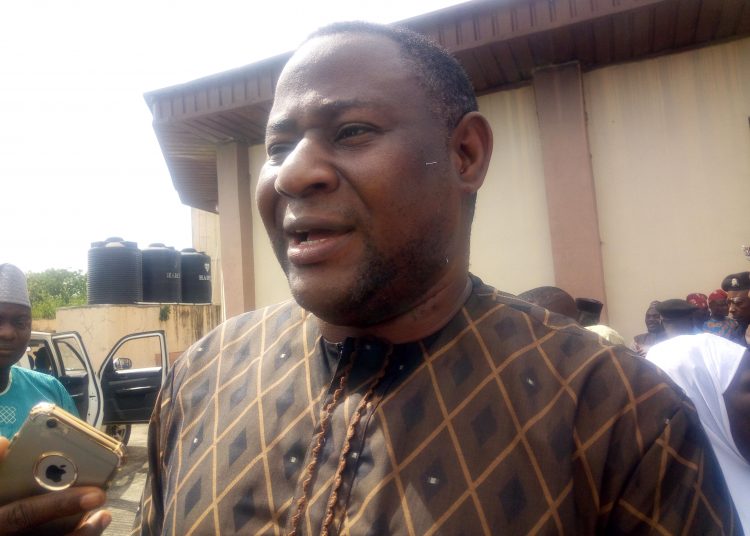 Hon Odebunmi who is also the chairman House of Representative committee on  Information, National Orientation, Ethics and Value while speaking with Journalists in Ogbomoso said continuity will make the people in  government to more committed to the transformational visions and implement party manifesto

” I am optimistic the continuity of Ajimobi’s led APC government in 2019 will take Oyo state to a greater height and people will enjoy,

” Adelabu is an experienced and a brilliant Banker, he is young and energetic, he has the capacity to carry on with the good legacies of  Governor Abiola Ajimobi and i am sure people of  Oyo state will not regret voting for him in power.

” Continuity will set the state on auto pilot and enhances implementation of long time plan , it works for Lagos i am sure it will work for us too if we don’t  truncate the  foundation laid by Senator Abiola Ajimobi in the state

Speaking on why he is seeking third term at the National Assembly, Odebunmi said apart from being a good representative of my constituents, returning to the National Assembly will afford me the opportunity  to be a ranking officers and bring facilitate more development for my people.”

While thanking  his constituents for their support, Odebunmi also lauds Senator Abiola Ajimobi for the confident repose in him

.
He however urge his co aspirant who lwere defeated at the primaries to be patient and join hands to work with him ” Politics is a game where you win and lose, I have won and lost battle for ticket before and I want to extend olive branch to my co aspirants to let us work together for the development of our people .”