Minister of labour and productivity, Senator Chris Ngige, on Tuesday goofed at the All Progressives Congress (APC) rally held in Ekiti state to campaign for the party’s gubernatorial candidate, Dr. Kayode Fayemi.

The APC campaign, which was held in Ado Ekiti, the state capital, was monitored by our reporter via Channels TV.

Ngige while speaking said  “We thank the leaders of our party especially those from the southwest for forgiving Ekiti people for the mistake they made in 2014. So, they won’t make that mistake again.

“If you marry two wives, you go know which one wey better. Fayose is the better wife. He dey cook, dey give husband food; he no dey give am trouble. So, you must bring back Fayose on Saturday,” Ngige said in Pidgin English at the rally.

Mr. Ayodele Fayose is the outgoing governor of Ekiti state and a card-carrying member of the Peoples Democratic Party (PDP). 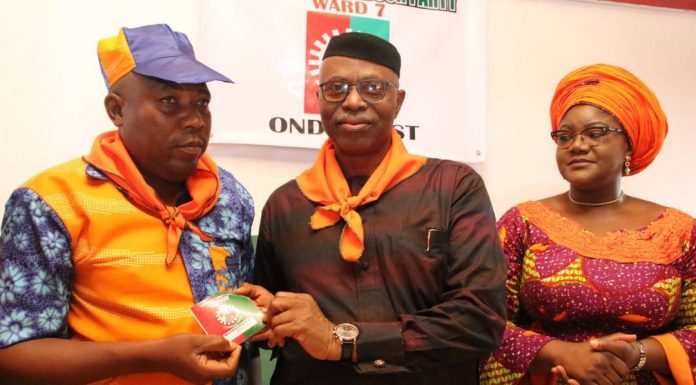 Why I Want To Be Next Oyo NULGE Chairman...