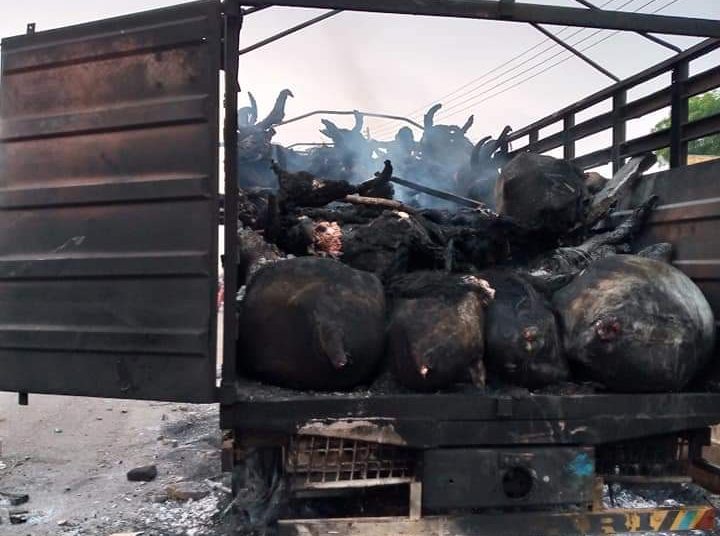 62
SHARES
4.8k
VIEWS
Share on FacebookShare on TwitterShare on WhatsApp

A truck conveying cattle worth Millions of Naira was set ablaze on Monday in Saki by angry mob for killing a young boy identified as Ayuba Raji.

An eyewitness, Kazeem Adebiyi, told inside Oyo.com that the incident happened at Challenge junction along the Saki dual lane road which is under construction.

He said due to the ongoing construction of the road, motorists have found it difficult to follow their lane while driving.

He added that the over speeding and carefree driving attitude of the truck driver caused the accident.

Also an advocate of Saki Town Development, Mr Adekunle M. Lawal popularly known as Saki First said the contractors handling the Saki dual lane needs to do something about the road.

Lawal in a release also commiserated with the family of the deceased.

He said: “Yesterday Monday 11th of January 2021, lately around 10pm, an accident occurred at CHALLENGE junction which claimed the life of your boy Ayuba Raji, A junior Brother to popular Yoruba presenter and musician MONSURAT RAJI.