The Aare Onakakanfo of Yorubaland, Iba Gani Abiodun Ige Adams has described the recent event that played out during the crusade for the establishment of operation Amotekun across South west as a blessing in disguise, pointing out that the Yoruba spoke with one voice in their efforts to make sure that the new initiative came alive.

He dismissed the insinuations in some quarters that the motive behind the formation of Amotekun was for political reasons.

The Yoruba leader noted also that the Southwest had no plan to secede, saying despite the leadership problem in the country, Nigeria’s unity is part of the nation’s success story.

“For us in the southwest, Amotekun has been a blessing to us because though, the outfit was established for the protection of our people and stem the tide of armed robbery, kidnapping, illegal destruction of lives and property.This is the first time that the entire region was united on the need to raise a security platform to complement the existing security agencies to protect the lives and property of our people which was our constitutional duty”

“It is necessary for our Governors to have our own security network. Life is precious. You don’t politicize the issue of security”

Let me allay the fears in some quarters that Amotekun has a political bearing toward the south west’s secession plan.

This is not true. The Southwest is not seceding from Nigeria. The southwest zone remains part of Nigeria and it will remain committed to a united and indivisible Nigerian federation”he said.

Aare Gani Adams applauded the courage of the southwest governors, adding that the agreement reached between the Federal Government and Governors in the Southwest on the security network made the victory inevitable.

He, however, cautioned President Mohammadu Buhari not destroy the unity and foundation of the nation with neptoism in appointing government officials.

“For instance, most important and influential positions at the Federal level from one to fifteen are Northerners. It is this government has has marginalized the Southwest most in the area of public offices appointments. Buhari’s govt is tainted with nepotism. You have a situation where by only two South West judges are appointed in about 20 judges in the Federation and the rest are northerners”

“This is clear nepotism and it should be stopped in order not to destroy the foundation and unity of this great nation which the OPU is projecting abroad.”

The Aareonakakanfo also gave reasons for initiating the OPU World Congress, stressing that the group, presently in 87 countries is determined to promote the culture of the Yoruba race all over the world.

OPU is a group of Yoruba sons and daughters spreading across the seven continents in the world. And their intention is to promote the Yoruba cultural identity, heritage and traditions. It is their aims to sustain our tradition, and using it to drive social network,economic integration,creating jobs as well as boosting tourism” 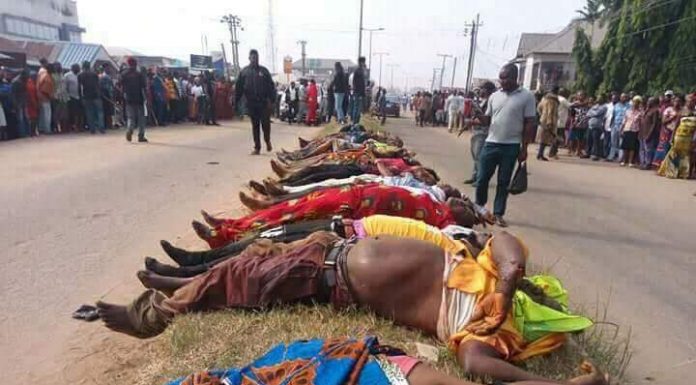 Victor Olaiya Is Ekiti’s Precious Gift To The world – Fayemi