The Ogun State Governor, Senator Ibikunle Amosun has condemned in strong terms the killing of two persons by men of the Nigeria Customs Service, today at Kobape in Obafemi Owode Local Government Area of the State, along the Abeokuta-Sagamu expressway.

It was reported that some officers of the Service, in a hot chase of a vehicle suspected to be carrying bags of rice along the expressway, shot at it, killing the driver and another person instantly. On seeing the consequence of their action, and in apparent fear of possible reprisal by symphatisers, they immediately abandoned the chase and fled the scene.

It took the intervention of a delegation of the State Government and security agencies including the Army, Police, DSS, TRACE and others, that visited the scene on the instruction of the Governor, Senator Ibikunle Amosun, CON, FCA to douse the tension created by aggrieved motorists and residents who had blocked the expressway protesting the killing thereby making the road impassable for over three hours.

Amosun in a press statement signed by Barr. Taiwo Adeoluwa
Secretary to the State Government  said While we do not support economic sabotage, we condemn the needless killing and will not tolerate recklessness and unprofessional conduct by officers of the Customs Service.

You will recall that only two weeks ago, the State woke up to the unpleasant news of shops of rice broken into overnight by Customs officers in a market at Sango purportedly to recover “smuggled” bags of rice in questionable circumstances. While we have been trying to manage public perspective trailing that incident, this dastardly incident occurred again.

We maintain that this bravado use of power hundreds of kilometres inland away from the international borders by Customs Officers cannot be justified by any logic. We are of the belief that if these officers had demonstrated this level of patriotic zeal in the discharge of their duties at the border posts and several custom checking points located along the roads leading from the borders, the public would have been saved these agonies and loss of lives.

We hereby further appeal to the top echelon of the Customs Service to call their officers in the State to order and embrace proper decorum and civility in their operations so as to avoid acts capable of breaching public peace and putting Government in a bad light among the people.

As a matter of urgency, we also demand a detailed and transparent investigation into the unprofessional conduct of the Customs Officers involved with a view to bringing them to book as a deterrent to others.

In the mean time, we appeal to our people to remain calm as Government continues to engage every one concerned to prevent a reccurence. 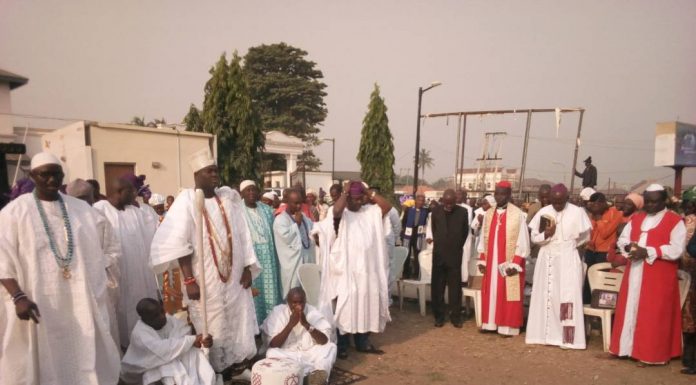 Scores Dead, Many Injured As Gas Explodes in Nasarawa

Why i want to be president – Mimiko