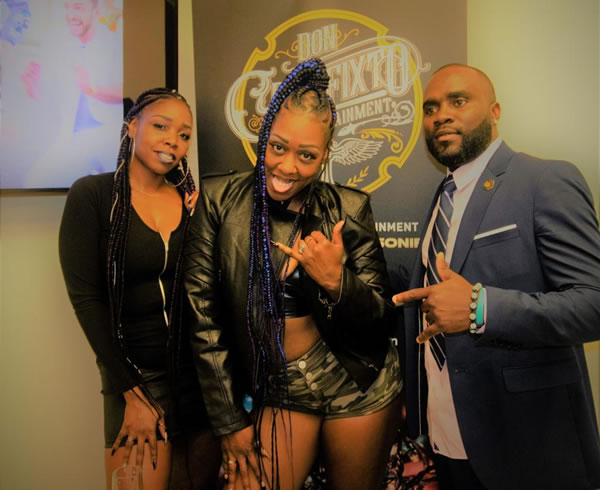 203
SHARES
1.3k
VIEWS
Share on FacebookShare on TwitterShare on WhatsApp

Music Executive and Don Crucifixto boss, Tumi Oluyole, while fielding questions from newsmen, during the week, revealed that a music revolution is about to hit the entertainment industry, and to be led by his soldiers.

Don sounded confident about his team revolving and redefining sounds in the industry with great talents and proper process.

Meanwhile speaking about the label anthem entitled ‘Don Crucifixto’, he said “the single is the first of many,” noting that more great works would be released for public consumption.

He, however, boasted that Dirty Diana, who was recently signed under the label, is ready to rival any female Afrobeat star including Tiwa Savage, reiterating that Kusher Snazzy, another act on the label, is the shining light of Afrobeat in Togo and “he is bringing his music to a bigger market”.