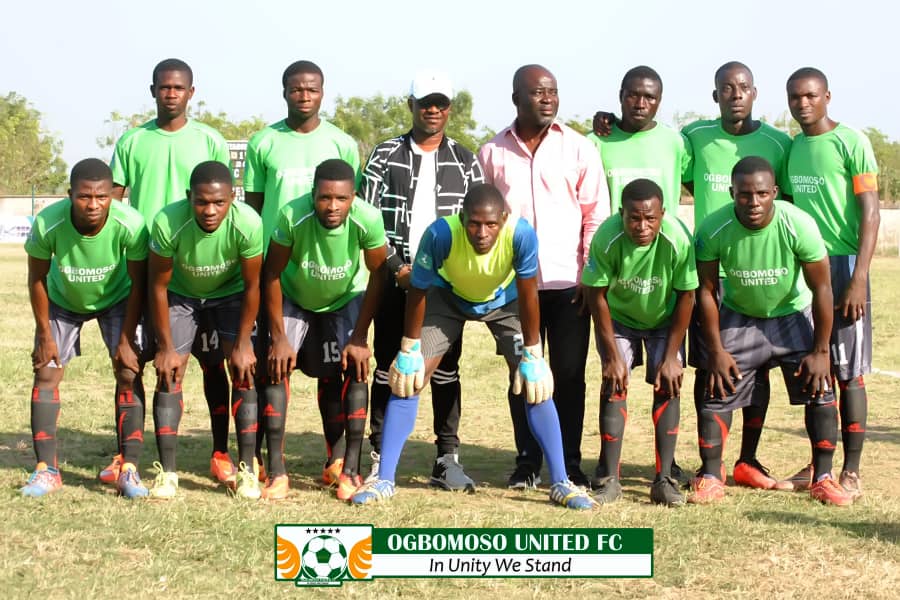 17
SHARES
4
VIEWS
Share on FacebookShare on TwitterShare on WhatsApp

Mammoth crowd trooped in to the ancient Soun Township Stadium in Ogbomoso on Tuesday to celebrate the unveiling of the latest amateur football club, Ogbomoso United Football Club. 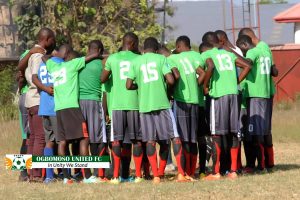 The apolitical colourful event which was witnessed by stakeholders from within and outside the state amidst many distinguished personalities brought to an end the long awaited dream of achieving such feat in the valiant town as the various moves made years back yielded no positive results.

The initiator of the project, Hon Akinwale Akinwole fondly called Wolekanle, was elated and expressed hope that the project was not going to die irrespective of challenges it might encounter.

” Look at the atmosphere at the stadium. Very colourful. I’m so happy for what God has done for this great Ogbomoso Town. Ogbomoso is developing and I’m happy that the Lord is using me to achieve this great feat in just a week. Its a dream of decades come true’.

‘ Ogbomoso United Football Club has been duly paid for and approved by the Nation Wide League One governing body with the necessary documents given. The team bus is ready and it will be handed over for use inclusive of kits and other needed materials.You don’t need to be super rich before you can give back to the society, which I have been doing ‘, Wolekanle told the Press

On the reasons for such giant strides at this period and the rumours going round that the move was politically, he said,’

‘ Ogbomoso United Football Club is apolitical. It is majorly established to give grassroot talents in the round leather game a platform to showcase their gifts and move higher , create employment opportunities and foster unity and love for the growth and development of Ogbomoso ,Oyo State and Nigeria at large. The Club belongs to all sons and daughters of the town and football lovers in the state so we must do all things humanely possible to ensure it stays permanently. There will be challenges but I’m sure we won’t fail. The perception that other rich men failed does not apply here. God’s willing we won’t fail’, the renowned philanthropist stated.

The Project Director, Mr Akin Alade expressed happiness and pleaded to those who honoured the invitation for the short notice. He spoke on the next line of action towards a successful 2020 Football Season and other sundry issues.

‘I apologise for the very short notice on behalf of the initiator , Hon Akinwole Akinwale (Wolekanle). Thanks a bunch for the honour. The club has come to stay by His grace. Details of screening of players, coaches and other staff will be rolled out to the public as soon as the necessary machineries are put in place. Competent hands will be brought on board to make it a success’.

‘Ogbomoso United Football Club is not a political team and was not formed for political reasons. Sons and daughters of the town must work in love and unity to ensure it succeed. Most big clubs in the country started very small but today they are big sides. Typical examples are Remo Stars FC ,Shooting Stars SC, Elkanemi Warriors, to mention but a few. We have started small and we will grow big very soonest, the Project Director stressed.

The activities for the commencement of the new side will be rolled out in due course and it is hoped that the Ogbomoso United Football Club NLO 2 Side will strive beyond expectations.