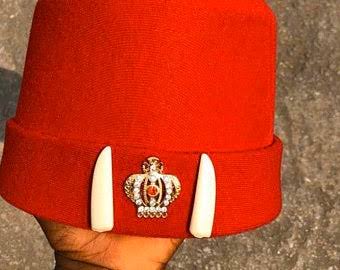 54
SHARES
1.6k
VIEWS
Share on FacebookShare on TwitterShare on WhatsApp

The purported endorsement of Dr. Alex Anozie as the Eze Ndigbo and Onyendu Ndigbo of Ibadan and Oyo State by the Olubadan of Ibadanland, Oba Saliu Adetunji, Aje Ogungunniso 1 has been described as an attempt to cause misunderstanding and confusion among Ndigbo in Oyo State.

This was contained in a protest letter addressed to the Olubadan and the members of the Olubadan-in-Council by the Onyendu Ndigbo (Igbo Leader) High Chief Aloysius Obi JP,  copies of which were made available to journalists in Ibadan.
The purported endorsement report which appears in some national dailies claimed that Oba Adetunji had “advised that disputes among Igbo people in Ibadan should be handled by Eze Ndigbo of Ibadanland, Dr. Anozie who he described as the traditional leader of the ethnic group in Ibadan and Oyo State”.
But, in the protest letter titled “Setting the record straight on Igbo Traditional Leadership in Ibadan and Oyo State”, High Chief Obi, who is also the Balogun Ndigbo of Ibadanland said the report was misleading and capable of rupturing the peace and tranquility hitherto pervading Igbo community in Ibadan and Oyo State.
Chief Obi, whose leadership of Igbo community in the entire Oyo State has authentication of both Oyo State Government and South East geopolitical zone of the country through the South-East Council of Traditional Rulers disclosed that “there is presently a case before the Court of Appeal over the traditional leadership of Ndigbo in Ibadan and Oyo State between me and Dr. Anozie”.
This, he said made the purported endorsement prejudicial and caused him and the entire Igbo community both at home and in diaspora an embarrassment. He asked Oba Adetunji to within shortest possible time correct what he described as “an action done in error”.
Recalling that aside his being pronounced as “Olori Gbogbo Awon Igbo” (Leader or head of Igbo community) by the Olubadan in 2016, Chief Obi catalogued in the letter attached with documentary evidences to substantiate various sanctions the institution of Olubadan had given against Dr. Anozie in the past, adding, “I believe that Kabiyesi could not approbate and reprobate at the same time on who is the authentic traditional leader in Oyo State”.
Some of the actions taken against Dr. Anozie in the past, included the letter in 2016 by the Olubadan Palace through Chief Ladosu Ladipo, SAN to Ohaneze Ndigbo Worldwide barring Dr. Anozie from parading himself as Eze Ndigbo in Ibadanland.
Quoting from the said letter by Chief Ladipo, SAN, Dr. Anozie was asked to “Please, note for the last time that you are not allowed by the custom and traditional institution of Ibadanland under the rulership of Olubadan of Ibadanland to be installed as a Chief in Ibadan or to be called Eze Ndigbo”.
Chief Obi also recalled that the late Olubadan, Oba Emmanuel Adeyemo Operinde 1 in 1997 revoked the honorary chieftaincy title of Chief ‘Atojuse’ of Ibadanland earlier conferred on Dr. Anozie because of “insurbordination and disregard to the rulership of Ibadanland.
“I also wish to inform Kabiyesi that the Central Council of Ibadan Indigenes (CCII) in February, 2008 wrote the late Olubadan, Oba (Dr.) Samuel Odulana Odugade 1, demanding the implementation of a committee report that indicted Dr. Anozie and directed that he be stopped immediately from further parading himself as Eze Ndigbo of Ibadanland.
“Subsequently, the late Olubadan, Oba Odulana, through his Personal Assistant, Chief S. O. Amoo wrote the Assistant Inspector General of Police to stop Dr. Alex Anozie from parading himself as Eze Ndigbo in Ibadanland”, the letter further read.
ALSO READ  Bunvic Football Competition Final Holds in Ogbomoso
Tags: Dr AnozieEze Ndigbo of IbadanIgbo leadersOLUBADANoyo state