Ajimobi also commended the President on the ministerial nominees, describing them as “quality choice”, considering their experience and pedigree.

Speaking on the choice of Dare, Ajimobi described him as an eminently qualified individual who has contributed immensely to the fortunes of the party and the country.

He said, “We are happy and proud that such a quality person is nominated from Oyo State. As one of the back room organizers and engine room of the APC, he has contributed immensely to the fortunes of the party in the State and at the National levels. His political exposure and participation at the party’s highest hierarchy will prove him in good stead in the task ahead. I can confidently say that such a highly cerebral nominee will contribute further to the fortunes of the party in Oyo State.”

Senator Ajimobi, also  called on APC members in the State to rally round Dare in order for him to succeed in the task ahead. “He is equipped with the necessary experience and skills that will prove invaluable as a minister of the Federal Republic of Nigeria”.

The APC leader further extended warm felicitation to the other nominees from the South West, describing them as accomplished and competent personage, that have contributed immensely in various ways to their states, the party and the country. 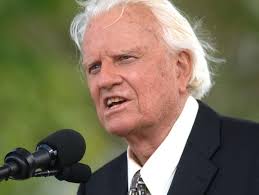 Mogaji Title is Not Cash and Carry – Mogaji Remi Raji-Oyelade