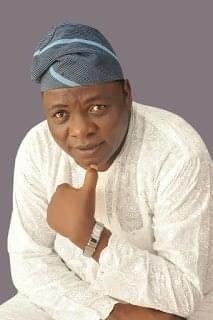 27
SHARES
508
VIEWS
Share on FacebookShare on TwitterShare on WhatsApp

An astute and a well respected retired Technocrat, Pastor Ola Amuda has admonished Ondo State Public Servants not to habour any form of fear, anxiety or misgiving in respect of the re-election bid of Arakunrin Akeredolu.

He made this assertion when he was cornered by Reporters at the State Secretariat Complex, Alagbaka Akure on Thursday.

Oladare Amuda who retired voluntarily after putting in over twenty-five (25) years of meritorious service was once a :
Secretary, Ondo State Scholarship Board,

The former Aide to Late Olusegun Agagu advised the entire Public Servants not to fall to the political antics or schism usually employ to discredit an incumbent Governor in an election period to cause fear and anxiety about their future under such circumstances.

He opined that “To us, Aketi is a man of his words and has demonstrated his affection towards the Public Servants in Ondo State. For example, he had paid six out of the garrullous seven months outstanding salaries left behind by the former Administration and has consistently paid their salaries since then. As we all know, the recent little setback in the area of salary payment in the State was an offshoot of the economic meltdown as a result of the COVID-19 pandemic”.

He affirmed in accordance to a Yoruba adage that ” ‘the eyes that will last till evening will not begin to spill water early in the morning’. There is no administration in the history of Ondo State that has so honoured the Public Service of Ondo State in terms of appointment of retired Public Officers into the political setting the way Arakunrin has done. As you may know, the Chief of Staff to Mr Governor who is also a friend : Chief Olugbenga Ale, the Director General of Aketi/Ayedatiwa Campaign Organization : Rt. Hon Olabintan, the Commissioner for Women Affiars: Mrs Titi Adeyemi, Mr Alaba Isijola, a former Head of Service, Mr Jones Ogunmusire, the current Chairman and some Commissioners in the Civil Service Commission, among those appointed as Cabinet ranked officials, Special Advisers and Senior Special Assistants as well as Special Assistants and members of Boards and Commissions were at one time or the other Public Servants”

“The implication of these appointments is that Civil Servants or Public Servants in Ondo State have their people they could run to, if there are issues affecting them. They do not feel like orphans in the Government. They should never become agitated or fearful for any reason for his second term in Office. We must all pay attention to the wise saying that ‘ a bird in hands is worth two in the bush”. It is ofcourse not normal to hear the sound of rain and pour away the water in our possesion – what if the rain does not fall.
He concluded