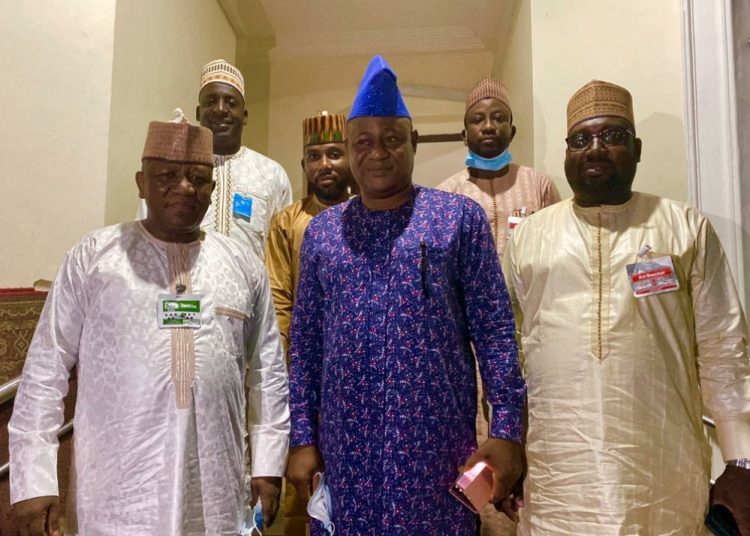 64
SHARES
2.9k
VIEWS
Share on FacebookShare on TwitterShare on WhatsApp

A chieftain of the All Progressives Congress , Hon Segun Dokun Odebunmi has expressed optimism that the internal rancour in the party will soon be a thing of the past

Hon Odebunmi disclosed this in a chat with journalists after he attended a meeting with the former Governor of Zamfara state Sen Abdul aziz Yari ,Hon Jaji and others urged stakeholders in the party to eschew politics of bitterness and embrace peace

According to him ‘ All leaders of the party are members of the reconciliation process. We must reconcile ourselves and talk to our followers and this will compliment the efforts of the state and National reconciliation committee.

Odebunmi who is representing Ogo Oluwa/ Surulere Federal Constituency Oyo state at the lower chamber of the National Assembly harped on the need for trust among the warring divisions within the party and embrace the reconciliation agenda of the interim national executive maintained that peace is the only way to achieve strong political and social cohesion,

The Federal lawmakers however expresses optimism in the effort of the Interim National executive of the party in restoring peace and stability in the party as well as positioning it to win future elections in the country.

Ina similar development, the immediate past governor of the state Alhaji Abdulazees Yari has also said that his faction is open for peace dialogue and discussion with the others.