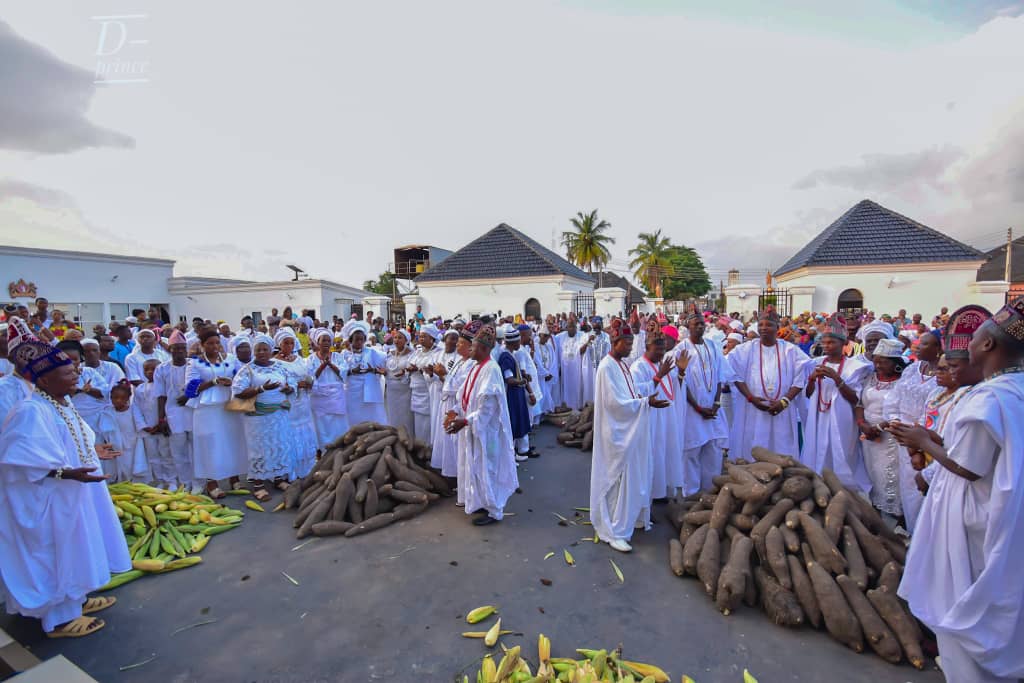 43
SHARES
324
VIEWS
Share on FacebookShare on TwitterShare on WhatsApp 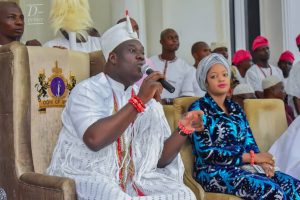 The Arole Oodua & Ooni of Ife, Ooni Adeyeye Enitan Ogunwusi Ojaja II on Sunday played host to thousands of Ile Ife natives and guests from other parts of the country to celebrate the 2019 edition of the annual yam festival.

While addressing the multitude at his Ile Oodua Palace in the town, the Ooni who was flanked by his beautiful queen, Olori Silekunola Ogunwusi(Yeyeluwa) and Obalufe of Iremo-Ife, Oba Idowu Adediwura, told his audience which included farmers and traders priests across the land that peaceful coexistence is the secret to economic prosperity.

Ooni, the Co-Chairman of National Council of Traditional Rulers of Nigeria(NCTRN) lamented that the country has suffered economically from the clashes between farmers and herders, he therefore charged the two groups to embrace peace as a tool to enhance productivity.

“Both farmers and herders are two critical stakeholders in food production, I want to advise them to use peace to boost productivity.

“The government has been trying and has even promised to step up the fight against insecurity in the country. So I call on all stakeholders in food production especially the farmers to be patience with the government’s approach towards stabilizing peaceful coexistence across the country.” Ooni said.

On the motivation behind the recent economic boom across Ile Ife markets, Ooni Ogunwusi described the ancient city as the one prominent for countless economic activities earlier before modern civilization.

ALSO READ  What Has Ooni Done Wrongly by Greeting Tinubu?. By Moses Olafare

“The abandoned ancient Oja-Ife market also spiritually known as Oja Ejigbom’ekun which is the first market in the world and others like the Itakogun and Ajifowobaje markets as well as Oja Tuntun have been revived to bring back the lost economic glories of Ile Ife.” The Ooni noted.

The African foremost monarch who is also the Spiritual father of all the Yoruba people worldwide closed his speech at the annual Yam Festival with prayers that Nigeria would soon defeat the insecurity menace currently facing the country.

He also prayed for economic progress and agricultural productivity while he symbolically sliced a tuber of yam which is a declaration that farm produce can now be consumed across Yorubaland, afterwh ich tubers of yam and other farm produce were shared among the excited participants.