Makinde was billed to feature on a live political programme at 11.am

An inside source told our reporter that ” Getting to the radio station located at Oke Baby in Ogbomoso, Seyi Makinde and hisentourage were allowed into the premises but not the studio as he was told that the programm could not be aired life.”

The radio management was said to have persuaded him to let the program be recorded and be aired later due to security reasons.

Our reporter also gathered that the programm had been paid for by Makinde and neccessary action will be taken.

Effort to get to Mr Ademola Adeniyi, General Manager of the station was abortive as at the time of filling this report as he waa said to be on a live programm but a staff of the station who pleaded anonymity explained that Makinde was not denied but they sched 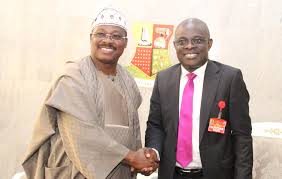