In a statement released to the press on Saturday by the Chief Executive Officer, Mr Paul O’Callaghan, the company said it is constrained to defend its integrity by responding to the announcement of the state Commissioner of Environment and Water resources terminating the contract with Oyo State Government due to a material breach.

According to O’Callaghan, “We categorically deny any material breach of our contract and this is the first we have heard of any such matter. WestAfricaENRG is an international company working in waste management and recycling in countries throughout the ECOWAS region including many states across Nigeria, of all political persuasions.”

The WestAfricaENRG boss further stated that his company is among the largest private investors in the waste management sector across Nigeria and a major job creator in Oyo State.

He explained further that the company was correctly subjected to the Contracts Review Committee during which no fault was found.

He added that, the company was also invited to several meetings of the ad-hoc committee on waste management to give situation reports, perspectives and solutions to the menace of refuse collection and waste management in the state.

Paul O’Callaghan revealed that the report of the ad-hoc committee presented and accepted by Governor Seyi Makinde on October 16th 2019 stated categorically that “WestAfricaENRG had performed creditably well, found government to have failed in its enforcement efforts in all local governments of waste and street trading amongst other matters and advised the government against the politicisation of waste management, citing it as a key factor in the menace of solid waste in Ibadan specifically.”

He said “In fact, the only mention of WestAfricaENRG in the report stated that we have made tremendous achievements in regards to cleaning the city from the immediate post-election challenges. We are therefore at a loss as to when our company did not live up to expectations.

“Any PPP contract is a partnership and in this case, it is the Government of Oyo State which is in significant material breach of the contract, through the inaction of the Ministry of Environment.This move can only be described as political and one which we believe will not serve the people of Oyo State well.”

The WestAfricaENRG CEO advised the Oyo State Government to review its action as the company will be left with no choice but to execute the options before it in the contract in the case of unlawful disengagement and expressed hope that all parties will remain professional and not air any dispute through social media. 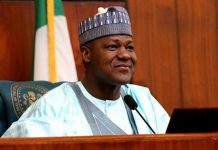 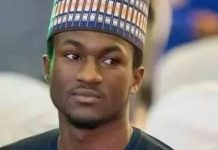 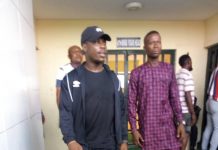