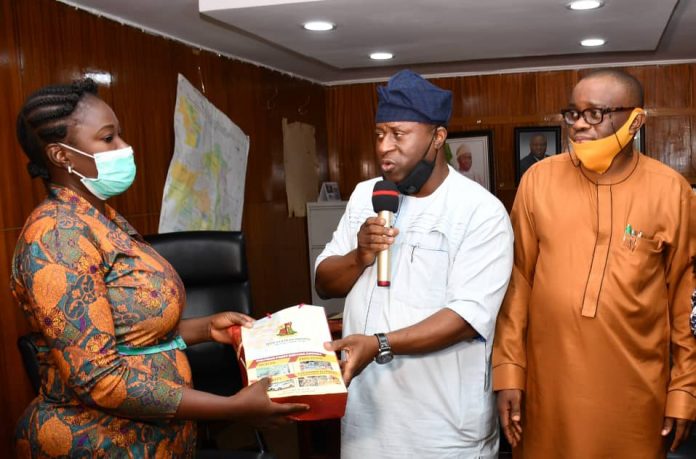 23
SHARES
2.9k
VIEWS
Share on FacebookShare on TwitterShare on WhatsApp

Oyo State government has presented cash support to the family of late youth leader of the People’s Democratic Party in the state, Mr Yemi Adeniran, popularly known as Yemilikedat.

The late Adeniran’s wife and children were, on Tuesday, received by the governor, who was represented by his Special Adviser on Strategy and Political Matters, Honourable Babatunde Oduyoye in his office.

While speaking, he expressed sympathy to the children and wife of the deceased, who he described as a faithful and irreplaceable party man.

Hon. Oduyoye said: “The Governor intends to give succour to the family. There is nothing that the government can do to replace Yemi but, at least, we will continue to do what we should do to identify with the family and ensure that, most especially the children, get the best of education he would have loved to give them.”

He, however, assured that the state government will continue to support the family and fulfil the rest of its promises.

We have taken care of the first step and this is the second one. Inshallah, the two others will come to pass by the grace of God,” He stated.

Also in attendance was the Chief Press Secretary to the Governor, Mr Taiwo Adisa

ALSO READ  I Will Review All Contracts Awarded By Ajimobi After Governorship Election - Makinde
Tags: MakindeYemilikedat