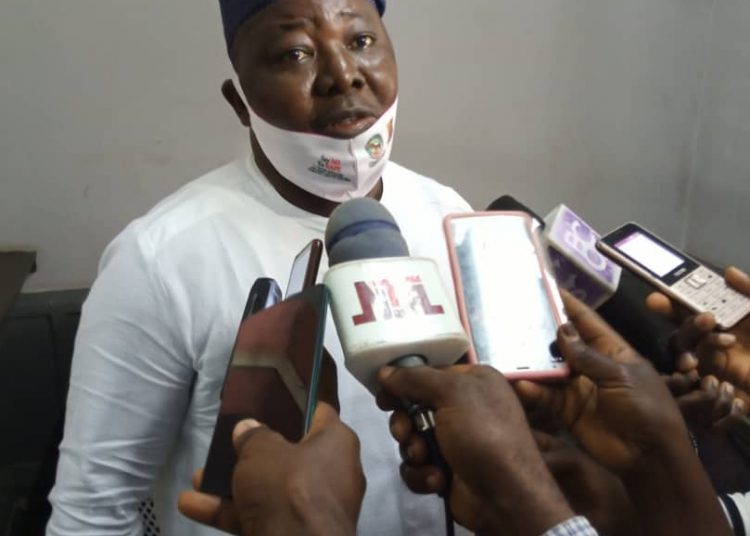 5
SHARES
496
VIEWS
Share on FacebookShare on TwitterShare on WhatsApp

The Oyo State House of Assembly on Tuesday approved the request of the State Governor, Engr. Seyi Makinde to appoint Dr. Abdullateef Idowu Oyeleke to replace Late Hon. Kehinde Ayoola as the State Commissioner for Environment and National Resources.

The Lawmakers made this approval after questions and interrogations with the commissioner nominee during the house plenary on Tuesday.

The screened Commissioner Nominee, Dr. Idowu Oyeleke while speaking during the screening maintained that Environment matters is provided for under section 20 of the 1999 Nigeria Consitution (as amended). He further decries the indiscriminate disposal of refuse of waste adding that cleanliness is second to godliness.

When asked about his plans on Waste – Wealth management, He noted that Governor Seyi Makinde has already approved the rehabilitation of dump sites in other to boost the state’s Internal Generated Revenue (IGR) which he will surely leverage on.

Replying to Honourable representing Ogbomosho North State Constituency, Hon. Bimbo Oladeji’s question on the illegal erection of Kiosks, Oyeleke described Indiscriminate erection of ksioks and shops on roads, curvet and waterways as a “negative factor to the environment”.

Dr. Oyeleke added that The Ministry of Environment and Natural Resources would set up a task force that will specifically look into the issues of investigating those people behind the illegal approval of those lands in order to forestall the illegal acts.

He stated that he will make sure the ministry is proactive to task, make members of staff alive to their responsibility and work in tandem with corroborating agencies.

The screened Commissioner nominee, Dr. Abdullateef Idowu Oyeleke was born in 1969 in Atiba local government of Oyo state. Until his call, Oyeleke served as the Chairman, Oyo Community and Social Development Agency (OYCSDA).