The National Assembly has explained that the adjustments made in the 2018 budget were made by the legislature to correct the alleged geopolitical imbalance in the Appropriation Bill presented by President Muhammadu Buhari.

President Buhari had on Wednesday criticised the National Assembly for reducing allocations for some projects and including thousands of projects into the budget without consultation with the Executive.

Chairman of the Senate Committee on Media and Public Affairs, Senator Aliyu Sabi-Abdullahi, in a statement jointly signed by the House of Representatives, Razak Nandas, in Abuja on Friday

The statement reads: “Adjustments and reductions in the locations, costs and number of projects approved were made in order to address geopolitical imbalances that came with the Executive proposal.

“The number of projects had to be increased in order to give a sense of belonging to every geopolitical zone of the country to ensure socio-economic justice, equity, fairness, and to command National loyalty.

“The introduction of new projects was done to ensure the promotion of the principles of Federal Character as contained in Section 14, subsection (3) of the 1999 Constitution of the Federal Republic of Nigeria as amended which states that “the composition of the Government of the Federation or any of its agencies and the conduct of its affairs shall be carried out in such manner as to reflect the federal character of Nigeria,” the lawmakers said.

ALSO READ  I Have Nothing Aginst Ajimobi, I am Only Concern About Oyo's Financial Health -Makinde

The lawmakers, explaining the cuts made said this was done to reduce the funds in certain areas to areas of higher priorities like the generation of employment for Nigerian youths.

We took the decision to reduce the funds in some areas in order to ensure balance and equity in the spread and utilization of our national funds. Additionally, the figures given amounts of the reductions made by the National Assembly were unduly exaggerated as we did not make any substantial reduction on any project to the extent of affecting its implementation.”

They also gave the exact detail of the projects where deductions were made.

“It should be noted that the counterpart funding for the Mambilla Power Plant, Second Niger Bridge/Ancillary roads, the East-West Road, Bonny-Bodo Road, Lagos-Ibadan Express Road and Itakpe-Ajaokuta Rail Project, was reduced by only N3,956,400,290 – which represents only 1.78 % of the total N222,569,335,924 submitted by President Buhari. This left these projects with N218,612,935,634 which cannot negatively affect their implementation. This obviously contradicts the claim that these projects lost “an aggregate of N11.5 billion.”

Listing 24 projects added to the 2018 Appropriation Bill, the lawmakers said the additions were made due to the increase in the benchmark price of oil and they were duly appropriated by the National Assembly after full consultations, and in many cases, requests by the Executive branch through the Ministry of Budget and National Planning.

They, therefore, urged executive appointees to ensure that they brief President Buhari with the truth and facts of their engagement, “to promote healthy and harmonious relationships between the Executive and the Legislature.” 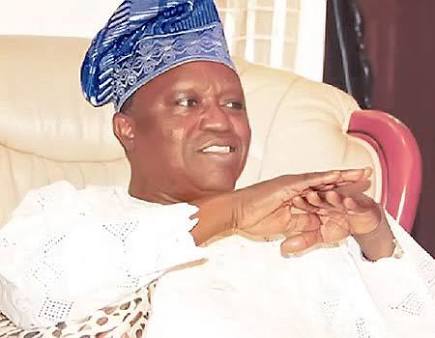 Seyi ,Now That You Have Won… Unto Your Mark Get Set… By Dapo Falade

FG Explains Why President Buhari is yet to Sign 2018 Budget