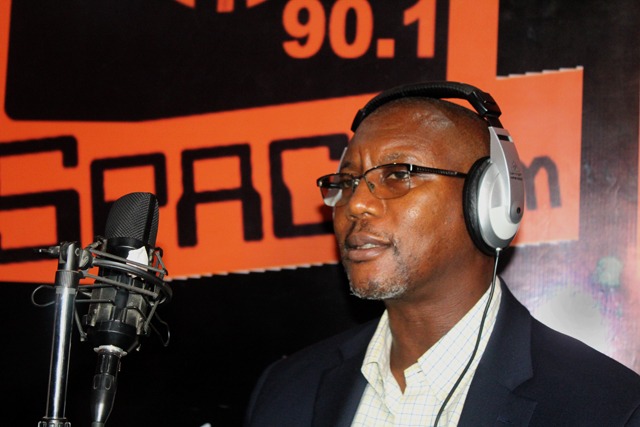 A final explanation has been submitted on the issue of the controversial N118 million COVID-19 support the Oyo State Government gave to the College of Medicine, University of Ibadan through its Department of Virology.

This submission was given by the provost of the College Of Medicine, Professor Emiola Oluwabunmi Olapade-Olaopa on Tuesday.

The Provost who was speaking while being hosted on ‘Parrot Xtra Hour on Radio’ anchored by Olayinka Agboola and broadcast live on Space 90.1fm, Ibadan said there is no more reason for anybody to doubt what transpired.

According to him “there is no more explanation to give because officials of the state government said they gave the money and materials to some people at the Department of Virology and those concerned did not deny receiving such. So, do we still have reasons to engage in any explanation again?”

Olapade-Olaopa submitted further “there would have been a problem if those fingered as the receivers had denied. Now, I don’t think there is any more issue to be discussed on this.”

The Ibadan-born Professor of Urology also took time to explain the difference between the University College Hospital and the University of Ibadan’s College of Medicine.

“However, I will say it here that most of the stars, the doctors, specialists and professors you go to see in UCH, including the Chief Medical Director (CMD) are from the College of Medicine.”

Olaopa then went on to caution Nigerians against the culture of self-medication.
The Provost who insisted that his college is the best medical school in sub-Saharan Africa added that care must be taken in consumption of traditional medicine as well, saying that people do not usually know their exact contents for quality control and assurance.

“I am not saying that our local herbs do not work but the traditional medical practitioners never really do not tell people the contents of their products. So, when patients come in from them, it becomes a problem for us to continue managing such patients”.

As a consultant urologist who should know what causes prostate cancer in men aged 50 and above, the Professor said there are many causes.

When asked further to clarify if inadequate sex on the part of the male is also one of the causes, the Provost said “I don’t think so. We have seen people whose lifestyles do not include having sex, yet they do not have prostate cancer. Our men should not use this excuse to be messing around,” he added jokingly.

Olaopa, while hailing the efforts of medical practitioners in the wake of the COVID-19 pandemic highlighted that little knowledge of the virus, insufficient human and material resources among others are the challenges facing medical healthcare workers generally.

Olaopa, who is also a COVID-19 survivor, said he could not accurately identify how he contracted the disease or what exactly cured him. According to him, he only isolated himself for the required number of days, ate well and became COVID-19 negative afterwards.

He therefore advised other COVID-19 patients to do same, whether they show the symptoms or not.

Olaopa, while also speaking on his memorable moments had this to say; “The joy I get is the smile on the faces of patients and their families, when they recover from their ailments, that’s what makes the job rewarding”

Professor Olaopa refused to disclose his take on his name being mentioned among the list of those gunning for the exalted seat of the Vice Chancellor of the University of Ibadan.

“I am more than qualified for the post but it is not yet time to talk about it. Yes, my name must come up as you said. People have mentioned my name and to me, this is normal because I have been in medical profession for some 36 years.”

In his final words, the provost urged all Nigerians to continue to observe all precautionary measures against COVID-19, stressing that the pandemic is still dangerously spreading.

‘Parrot Xtra Hour on Radio’ which is a production of Prokonnect Limited, the publishers of PMParrot.com and Parrot Xtra Magazine hit the airwaves on January 7, 2020 and has since hosted the likes of AIG Bashir Makama, Professor Banji Akintoye, Dele Odule, Arc Muyiwa Ige, Professor Abiodun Otegbayo of UCH, Toyin Adegbola Ajoke Asewo, Professor Ayobami Salami of the First Technical University, Ibadan, the DG of DAWN Commission, Commissioners and several others.