weekend inauguration of President Donald Trump as the 45th President of the United States, describing the governor as a “reckless interloper and shameless busy- body” who trivialises issues and dabbles into matters he has no competence in order to present a larger-than-life image
of himself.

In a remark that sparked national outrage at the weekend, Fayose had mocked Buhari, deriding him for non-invitation by President Trump to his inauguration, citing the American President’s contempt for Buhari over alleged intolerance for the opposition and other anti-democratic practices.
But reacting in a statement on Sunday, Publicity Secretary Taiwo Olatunbosun, described Fayose as a man that lacked
deep understanding of international politics and diplomacy and who had “elevated gangsterism, hooliganism and thuggery to an act of political valour”.
“Because Fayose is not educated enough to understand the dynamics and perspectives of international politics and
diplomacy, he has reduced the American international and diplomatic politics to the beer parlour politics of muscle-flexing he runs in Ekiti State where all issues are trivialised and individualised for personal benefits to the detriment of the greater good of the people.
“It is a pity that an uninformed upstart is the one calling the shots in the Land of Honour in Ekiti State where knowledge-
based information and integrity are the fountains of our development.
“Fayose does not have this, hence he was uninformed about the information in public space that Heads of States and Governments across the globe had no need to attend Trump’s inauguration in Washington but would be represented by their heads of missions in America.
“Apparently not aware of this information and unwilling to be educated on the new American policy thrust, Fayose rolled out the drums in ignorance to celebrate the absence of the President of his country on that important world stage,” he said. Olatunbosun regretted the governor’s “show of shame”, saying, however, that Fayose’s inadequacies and garrulous conduct did not represent the collective attitude of Ekiti people to the pre- eminence of Nigeria’s image in international politics and diplomacy.
“Nigerians should see Fayose as lacking in Ekiti finesse and, therefore, should be seen as an unblemished poster boy of what he is generally known for all over the world as can be explained in many alleged criminal cases hanging on his neck in courts and the agencies of government,
which does not represent the image of Ekiti people in the context of national politics.
“Because of Fayose’s moral nature and

value that reeks of boisterous and violent essence of a street life, it has become practically impossible to purge him of always trivialising honourable and responsible political opposition platform that he has turned to the column of fools
and plateau for jejune jesters,” he explained.
Olatunbosun also said that the party was in possession of the secret plots to relist murder cases allegedly involving Fayose for re-trial to get all the cases dismissed to save his neck.
“We understand that Dr Ayodeji Daramolaand Tunde Omojola’s cases are being pushed for retrial to get them dismissed to enable Fayose save his neck. “He started this in alleged secret trial late last year before the plot leaked, but this was after the court first struck out the case for ‘lack of diligent prosecution’ in a secret trial that the families of the victims, who were the complainants, were kept in the dark.
“It was after the cases were struck out that they realised that what they needed was outright dismissal to bury the case permanently, but the matter leaked at the point of relisting the cases for fresh hearings, and since then. 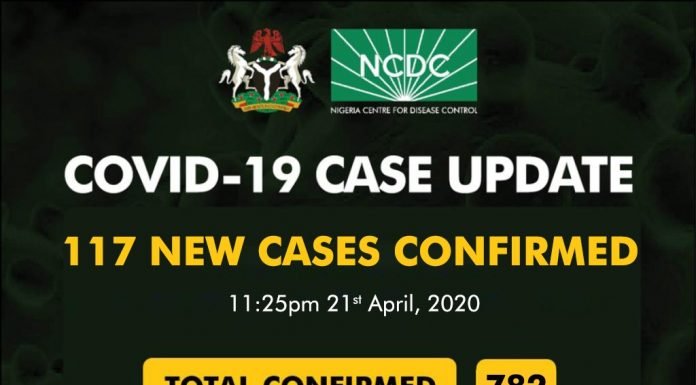 Presidential Poll: Rigging Will Lead to Emergence of a Third...