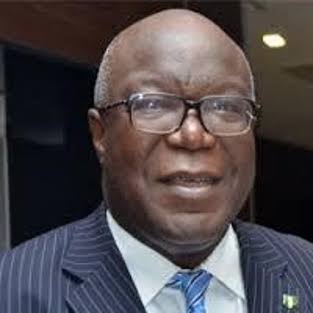 472
SHARES
3.8k
VIEWS
Share on FacebookShare on TwitterShare on WhatsApp

Shortly after 8 pm in the evening of Sunday, 3rd January 2021, I navigated to the WhatsApp Platform of Ilesa Grammar School Old Students’ Association, Ibadan Branch, and came across a freshly posted message from Professor Olusola Adeyeye, a former Senator of the Federal Republic. It read “Professor Oyewusi Ibidapo-Obe (Rockefeller) died today from complications of COVID-19”. It sounded stranger than fiction. Could it be true that our pride, treasure, highly venerated and much respected Professor Ibidapo-Obe has gone! One of the best to have been produced by our school since it was established in February 1934. I had to put a call to Professor Adeyeye, a secondary school classmate of Professor Ibidapo-Obe, to inquire about what really happened. He said he was outside the country but had since confirmed the sad news from various sources on the internet. He added that he decided to post the news on the social media in order to enlighten those who still live in denial of the existence of COVID-19. Next, I called Akinwale, Prof Ibidapo-Obe’s nephew resident in the United Kingdom on phone, to commiserate with him. He was completely devastated and in a very sad mood. Needless to add that the rest of that Sunday evening and the following days was extremely gloomy for many of us who adored Professor Ibidapo-Obe.

Perhaps the first time I met Professor Ibidapo-Obe in person was at a Workshop I attended at the Lagos Business School, in 2003 which was organised by the British Council. I introduced myself to him during the tea break and informed him that I had sent to him by post a congratulatory letter on his assumption of office as the substantive Vice-Chancellor of the University of Lagos (UNILAG) about two years earlier. He thanked me profusely for my kind gesture; he inquired whether he acknowledged my letter and I replied him in the affirmative. The University of Lagos under his watch was at that material time closed on account of students’ unrest. I tried to empathise and sympathise with him on the closure of UNILAG but he sounded and looked supremely confident that it was merely a storm in a tea cup. Up till the period of our first meeting under reference, I had only known Professor Ibidapo-Obe from a distance. Although his reputation preceded him, my impression of this quintessential scholar soared and he never disappointed thereafter. He took me as a protégé, junior colleague and younger brother which I cherished so much.

Our paths crossed again the following year at the PennState University, College Station, Pennyslvania, in far-away United States of America during an official visit with delegations from the University of Ibadan and the University of Lagos, under the auspices of the Alliance for Earth Sciences and Engineering and Development in Africa (AESEDA). The Ibadan Team comprised the Vice-Chancellor, Professor Ayodele Falase, Professor Gabriel K. Falade, Professor Janice Olawoye, Professor Adeniyi Gbadegesin and my humble self. The then Secretary to Government of the Federation, Chief Ufot Ekaette, was at the opening ceremony. Professor Ibidapo-Obe came with Prof V.O.A. Olunloyo. I still recollect the comment by Professor Ibidapo-Obe over a dinner reception, hosted by a PennState Faculty and Ibadan Alumnus, Professor Michael Adewumi, as to how meetings of the Appointments and Promotions Committee for Academic Staff at his university were conducted. The UNILAG procedure was/is slightly different from what we are used to at Ibadan. There is nothing unusual with this though, as every politics is local. His colleague and friend, Professor V.O.S. Olunloyo also cracked a joke as to the difference between Vice-Chancellors and Chancellors of Vices. Everyone at the dinner table merely smiled.

We were together in Israel to attend the 33rd Seminar on Management of Higher Education Institutes, hosted by the Galilee International Management Institute, which held between 22 January and 2 February, 2015. He came with his amiable wife and the couple was very friendly throughout our stay.

Professor Ibidapo Obe chaired the 2015 Community Forum organised by the various staff and student Unions for the 13 candidates seeking the position of Vice-Chancellor of the University of Ibadan. He represented Aare Afe Babalola, SAN, who was unavoidably absent. The event held at Trenchard Hall on Monday 13th July 2015, and he brought to bear his wealth of experience in moderating the programme.

The Council of the University of Ibadan organised a Retreat at Olusegun Obasanjo Presidential Library (OOPL), Abeokuta during the last week of March 2018 where Professor Ibidapo-Obe presented the Keynote. The programme was chaired by our former Vice-Chancellor, Prof ABOO Oyediran, Honorary Fellow University of Ibadan. Before leaving OOPL our keynoter suggested that we should pay a courtesy call on President Obasanjo where Obasanjo, Oyediran and Ibidapo-Obe had some reminiscences including political issues about Nigeria’s future.

Professor Ibidapo-Obe and my humble self served as the Consultants on the Interview and Assessment Panel for the appointment of the Vice-Chancellor of a university in southwestern Nigeria sometime in 2019. He was able to bring to bear his wide experience in university governance and skills in interviewing techniques.

It may be pointed out that at least three other highly successful DVCs of UNILAG after Ibidapo-Obe have since become VC of the great institution. These include the late Professor Babatunde Adetokunbo Sofoluwe of blessed memory, Professor Rahmon Bello and the incumbent Vice-Chancellor, Professor Oluwatoyin Ogundipe.

General
Professor Ibidapo-Obe was exceedingly proud of his dear University of Lagos, always flaunting the fact that UNILAG is the only University by the lagoon (perhaps in the whole wide world) and the sobriquet University of First Choice. Nonetheless, he had very deep and genuine love and respect for UI. Needless to state here that this was always very good news to those of us who are natives of UI. He would often regale us with his experience in Canada as a graduate student in Canada in the early 1970s; there the only University in Nigeria that Professor Ibidapo-Obe’s Professors were hitherto familiar with was Ibadan. To his credit, Professor Ibidapo-Obe’s genius shone brilliantly as he soon broke all academic records at the University of Waterloo thus establishing UNILAG as yet another reputable University in Nigeria.

Professor Ibidapo-Obe was quoted as having said he nearly collapsed when he first heard the breaking news that UNILAG was to be re-named Moshood Abiola University Lagos by the administration of President Goodluck Jonathan a few years ago. He and many other distinguished Alumni of UNILAG had wondered what would happen to the reputation and brand of their world-class university. Luckily the name change was reversed.

We commiserate with your widow, children and the entire Ibidapo-Obe family, as well as your numerous friends, professional colleagues and associates. The good Lord will comfort us all. Our sorrow and irreparable loss is heaven’s gain.

On the completion of my stint as the Vice-Chancellor of the University of Ibadan, I sent a pdf format of my Account of Stewardship to Professor Oye Ibidapo-Obe via WhatsApp on 25th November 2020. He replied tersely the following day saying: “Congratulations ID. It is well. Amen”. It is well with your soul, big boss. You will be sorely missed. To live in the hearts of those we loved is not to die. Rest in peace, Sir.