Ties Between Journalism And Abeokuta Are Inseparable- Alake 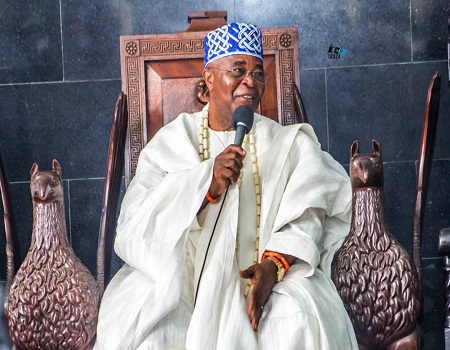 Alake of Egbaland, Oba Adedotun Gbadebo, Okukeno lII, has declared that the strong relationship between “the Palace, the ancient town of Abeokuta and Journalism” can never be separated.

Oba Gbadebo made the assertion while receiving a delegate of the League of Veteran Journalists from Oyo and Ogun states in his palace on Thursday on 160 years celebration of Journalism in Nigeria.

The anniversary comes up on December 3, 2019. The 5-day programme is being planned by the League of Veteran Journalists in the two states.

He said Revd Townsend had a family who had been in printing for two generations before the Revd came to Abeokuta as a Anglican missionary.

Earlier, Mr Ogundele, the leader of the delegation of Oyo and Ogun states Veteran Journalists, had explained the League’s mission which was to celebrate the 160th anniversary of Journalism in Nigeria, coming up on Tuesday, December 3, in Ibadan, through putting into focus Abeokuta, “where the Journalism journey started.”

He called for the support of the Kabiyesi to make the project a success.

Also speaking at the Palace, Chief Lai Labode, a two-term chairman of NUJ, Ogun State, said that the event would revive the Ogun State chapter of the LVJ which had gone moribund.

Former NUJ National Chairman, Mr Lanre Ogundipe, had told Kabiyesi that the League was prepared to revive true journalism as it was once practised in the country through an elaborate celebration starting in Abeokuta and ending in Ibadan, where the first Press Centre was established in Nigeria.

He said a paper that would discuss the difference between old journalism and the Social Media would be presented.