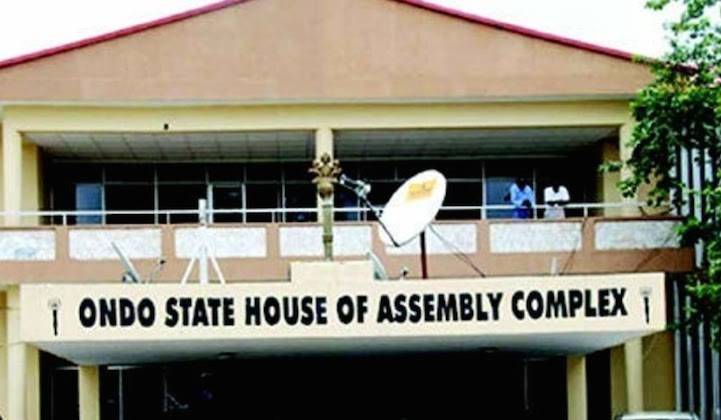 321
SHARES
1.9k
VIEWS
Share on FacebookShare on TwitterShare on WhatsApp

Some suspected thugs have stormed the premises of the Ondo State House of Assembly.

The men who arrived in various vehicles stationed themselves across the entire premises.

It was gathered that the said thugs besieged the Assembly Complex in a bid to prevent some lawmakers who were previously suspended from entering the House.

The four lawmakers suspended including the Deputy Speaker, Iroju Ogundeji were part of the nine lawmakers that did not sign the impeachment notice sent to the Deputy Governor, Agboola Ajayi.

The State High Court had nullified the suspension of three of the suspended lawmakers, and all their entitlements were given to them.