Comrade Oladimeji Odeyemi, a security analyst and a counter-terrorism expert is the Convener of the Coalition of Civil Society Groups Against Terrorism in Nigeria. In this interview with Our Reporyer, he spoke on the war against insurgency and banditry, and the need for improved funding for the military in the fight against Boko Haram, among other issues. Excerpts…

What is your take on the activities of the Boko Haram in some parts of North East especially with insinuations that the insurgency war is still raging despite the stand of the military that the insurgents have been largely defeated?

I think we need to agree that it’s not every comment or statement about the insurgency that is objective or a true reflection of what is happening; in that regards, not every view should be taken as a true picture of what is going on in the North East and other parts of the country.

With that said, for any unbiased person to assess the war against insurgency in Nigeria, you will agree with me that we have made a lot of progress. Remember that it was in this same country that the Boko Haram terrorists extended their operations beyond the frontiers of the North East region where they were controlling almost 15 Local Government Areas to the extent that even our Federal Capital, Abuja, became a centre of coordinated attacks and everywhere in the country became enveloped with fear. But today, the case is different, except few isolated attacks on some soft targets.

Therefore, I can objectively say that there have been several tremendous positive records. Meanwhile, as someone who has keenly followed events and have had cause to visit some parts of the insurgency ravaged zone, you will wonder where these recent pockets of attacks on this soft targets are being coordinated from. There are so many reasons for one to believe that these attacks are being coordinated outside the territories of our country and we should begin to look beyond seeing these attacks as those from the ordinary terror group.

Why then are some people calling for the removal of General Tukur Buratai as Chief of Army Staff?

Let us first establish that I am not the spokesperson of General Buratai nor that of the military or the Nigerian Army. However, if anyone can objectively assess the military and its leadership, especially that of the Nigerian Army over the last four years or thereabouts, I think I should be the one, based on the independent work we do behind the scene to protect the territorial integrity of our country and to also bring about a lasting peace to all the troubled parts of the country. We must know that the fight against insurgency by the military is not just as it sounds or seems.

ALSO READ  ADEWURA’S DEATH: WHAT IS THE VALUE OF THE NIGERIAN LIFE?

There is political attachment to derail our various military operations from some self serving quarters and this is simply to promote political interests at all costs. But this man, General Tukur Buratai, we in the civil society groups have placed a search barometer on him and we found out that he is a committed and patriotic leader who is not only after securing Nigeria and her territory but also a focused and exemplary officer to his teaming subordinates. The question to ask is what the situation was when General Buratai was appointed and what is the situation now? We should also not forget that the previous military leadership were so reckless with almost everything and this man, General Buratai had to start from the scratch to build what we have now. Do you know what it takes to be engaging in terrorism fight on one hand, banditry on the other and also political interference and attacks against the Nigerian Army from partisan individuals? I think the military themselves need to start coming out more than before to let Nigerians know what they are doing in a simplified manner.

The coordination with the media, and also engagement with the civil society groups and also the robust civil/military relations, especially in the army now has never been so in a while. Buratai is the cord that binds the military together but just like every other thing, some people don’t take pleasure in anything positive and progressive; unfortunately, when they call for change of leadership, they don’t have alternative ideas. I think the patriotism of General Buratai is what stands him out and one must commend President Buhari for having eyes for such gift.

What major factor, can you really attribute to the rising rate of these ugly incidences of attack on the citizens in those parts of the country?

From my personal point of view and an objective assessment of our group, we see more to these resurging attacks to mere Boko Haram offensives that we used to know. That is why we are urgently calling on the Federal Government to raise a strong intelligence force within the Army, other security agencies and the citizens so as to Immediately commence identification of those unpatriotic elements who may now want to hide under the banner of Boko Haram/ISWAP to destabilize the country and expose our people, particularly our brothers and sisters in the Northeast, to series of renewed attacks for their own selfish political gains.

How do you think the government can engage the citizens to end the war against insurgency?

All over the world citizens play critical roles in the security and safety of any society. Therefore, our government, like we have repeatedly advocated, must critically engage the Civil Society Groups and broad spectrum of our society including the Media for partnership that will enhance intelligence gathering which is a vital tool in tackling security challenges in any society. I will also want to admonish Nigerians, to see themselves as partner in the Nigerian project by assisting government and the security agencies with vital information that can expose the terror elements and their sponsors, many of whom live among us, as citizens.

Do you consider our government as doing enough to motivate the security agencies for the purpose of intelligent gathering, welfare and other necessary requirements to tackle the menace of terrorism?

The truth is that nothing is too much for our gallant soldiers on the war front because of their bravery, commitment and patriotism. I think we must give credit to the President and Commander in Chief, President Buhari and General Buratai for their painstaking commitment in the physical and professional welfare of the men of the Nigerian Army and their families. The support has energized them to put all they have online and that was the reason for the decapitation and decimation of the insurgents. Buratai has a high sense of priority for the welfare of his officers and this has greatly enhanced the commitment of the Nigerian Army.

However, we members of the Coalition of the Civil Society Groups have repeatedly said that the government should improve funding for the military in this fight against insurgents. The war against terror is not a conventional war and it will not end until the terrorists have been found, stopped, and defeated. That doesn’t come cheap but with adequate funding, organised strategy and patriotism, it is achievable. According to an annual report from the Costs of War project at Brown University’s Watson Institute of International and Public Affairs, The US would have spent nearly $6 trillion on the war on terror by the end of fiscal year 2019. My brother, that is huge but you can see that they are getting results, with last week’s death of the leader Islamic State of Iraq and the Levant (ISIL or ISIS) armed group, Abu Bakr al- Baghdadi. So, the point is that the government should make funding available more to the military and we trust that the leadership of the Nigerian Army will continue to ensure prudence and accountability in the utilisation of available resources. I remembered that General Buratai authorised the establishment of the Directorate of Audit and Financial Management (DAFM), which reports directly to his office to ensure judicious application of all appropriated funds disbursed to the Nigerian Army formations and units. There is no doubt that there is fundamental difference between the Nigerian Army of the past and the incumbent. The priority given to welfare has improved professionalism of our Army as we can see under Lt. General Tukur Buratai, who is the Chief of Army Staff. We now have an Army leadership that leads the Army from the front as Nigerians have seen them demonstrated on several occasions. Today, we have an Army that is making the welfare of our men who are sacrificing on the field, a priority. Today, we no longer hear stories of diversion of funds meant for equipment and machinery being converted into personal usage. I think the Nigerian Army deserves commendation on this. 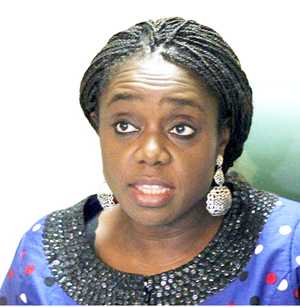