Former Aviation Minister, Femi Fani-Kayode, on Sunday said  those who are willing to work withAlli Modu  Sheriff  as PDP chairman are misguided and naive.

Fani-Kayode  who insisted that he will not recognize  him as the party chairman in  statement added that anyone that calls for members of the PDP to “rally behind him and recognise him as our National Chairman is a simpleton and a fool.”

According to him: “I say this because the man is evil: he is an agent of destruction and no good can come out of him. I was the first to see him for what he was and I said so publicly.

“Then came the PDP Ministers Forum who also stood their ground. At first no-one believed us until eventually 90 per cent of our party members lined up behind those of us that opposed Sheriff and that supported Makarfi.

“I read his insulting comments about Fayose and Wike and I laughed. Are these not the very same people that brought him in the first place and convinced others in the PDP Governor’s Forum to support him?

“Now he has finished using them to get what he wanted he is insulting them and saying that they must be kicked out of the party and dealt with.

“I say shame on him because that will never happen. Fayose particularly has proved his worth to Nigeria and Wike has stood firm and strong in defence of his people and state. They are both lions and I am proud to stand with them and Makarfi.

‘Sheriff is nothing but a traitor who is biting the fingers that fed him. Fayose is one million times the man he is. As a matter of fact so are almost all the governors and other party leaders. Sheriff comes nowhere near any of us in any shape or form.

“Only a blind, deaf and dumb simpleton or prancing village idiot would line up behind a man with such filthy and evil antecedents.

“This is a man whose fundamental purpose and ambition in life is to sell the PDP down the river and to help the ruling APC and the Buhari government to destroy us and win the presidential election in 2019.

“Sheriff is the Angel of Death to the PDP. He is worse than the bubonic plague: not only is he a curse to our party but he is also an affliction to our nation.”

“I stand with Ahmed Makarfi and our Caretaker Commitee and unless and until the Supreme Court says so he remains our National Chairman.” 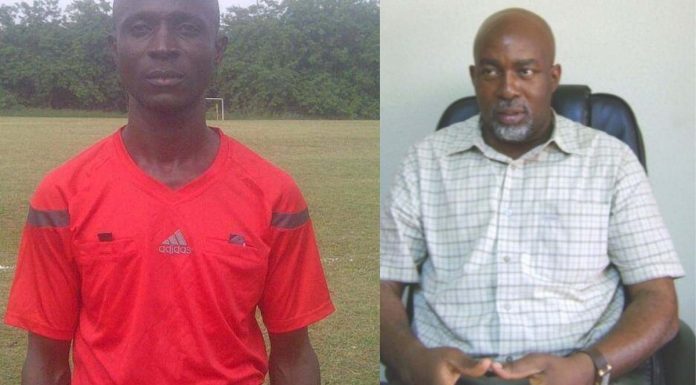