The non performance of some representatives have been largely attributed to the fact that they were not prepared for the calling , their inbuilt inhumane nature and greedy taste for wealth accumulation.

It is not exaggeration that Distinguished Senator Dr AbdulFatai Omotayo Buhari ,representing the Oyo North Senatorial District has raised the bar of representation ,not only in Oyo North alone but Nigeria at large, reaffirming the Pace Setter status of Oyo State.

His qualitative representation dates back to his days at the lower chamber(House of Representatives) between 2003-2007. His unprecedented
records at the state level as the Special Adviser on Water Resources and Commissioner for Local Government and Chieftaincy Matters under the able leadership of Ex Governor Isiaq Abiola Ajimobi, also attest to his selfless purposeful leadership .

Records have it that the combinations of the achievements of all the representatives from Oyo North at the Red Chamber from 1999-2015,a period of sixteen (16) years can no way match the qualitative representation of Senator Dr (Prince) AbdulFatai Omotayo Buhari, in terms of bills sponsored and co-sponsored, projects facilitated , personal projects, empowerment programmes, workshops and seminars organised, trainings, to mention but a few, in his first tenure of four (4) years, between 2015 – 2019, which gave him the name “Omoluabi” meaning, born with good virtues.

As the Chairman of Senate Committee on Information Communication Technology (ICT) and Cybercrime in the eighth (8th) Assembly, he worked tirelessly to ensure all the thirteen (13) local governments he represents ,ten (10) in Oke-Ogun and three (3) in Ogbomoso axis of the state had a well equipped and tastefully furnished ICT Centres with CBT Centres in each zone, making available power generating facilities and maintenance fees.

His remarkable roles when Ladoke Akintola University Of Technology (LAUTECH) went on a long strike and the brilliant moves for the speedy completion of the yet to be completed Oyo – Ogbomoso expressway ( hopeful to be completed very soonest) ,which has claimed so many lives, on the floor of the Hallowed Chamber, cannot be overemphasized.

With his appointment as the Chairman of the Senate Committee on Land Transportation, it is generally believed that, as a round peg in a round hole , as an achiever and performer who always want to break records and write his name in gold, the Distinguished Senator will leave no stone unturned in ensuring that he excels brilliantly in his new very tasking and challenging responsibilities , against all odds, for the betterment of the good people of Oyo North Senatorial District, Oyo State and Nigeria at large.

It is therefore imperative that we shun all sentiments irrespective of political affiliations and rally round him as an indivisible united entity, for him to excel because his success is our pride. 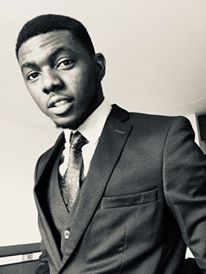