The Board of Trustees of To Build A Nation (TBAN) has appointed Jude Feranmi Adejuwon as the Executive Director of the non-partisan political movement. Mr. Adejuwon will lead the strategy planning and operations of TBAN.

TBAN will engage in advocacy for political reform, including constitutional restructuring of the country into a true federation. The organisation will also engage in civic and voter education to promote responsible citizenship and informed electoral decisions. As part of its advocacy for electoral reform, TBAN will press for electronic voting and voting by Nigerians in the diaspora.

“I am glad that Jude Adejuwon will be joining our team of Nigerians, young and old, and across the country, who are committed to positive democratic change and economic prosperity of our country,” said Professor Kingsley Moghalu, OON, the convener of TBAN. “Adejuwon’s political mobilization and youth leadership experience will serve TBAN and the nation well.”

Commenting on his appointment, which was made from a pool of talented shortlisted candidates after a nationwide headhunt, Adejuwon said: “I am glad to learn that I have been selected for the position of Executive Director of TBAN, and I look forward to working with the Board of Directors, current members and millions of aspirational Nigerians who are committed to real political and economic progress of the country.”

Jude Adejuwon holds a Master’s degree in Public Policy and Human Development from United Nations University, and a Bachelor’s degree from Obafemi Awolowo University. He was Programs Manager and National Youth Leader of KOWA Party.

TBAN was convened by Prof. Moghalu, following his issued-based campaign for election into the Office of the President in 2019. A renowned political economist and development thinker, Moghalu served as Deputy Governor, Central Bank of Nigeria (CBN) from 2009 – 2014. He also had a 17-year career in the international civil service of the United Nations. Following his tenure at CBN, Moghalu served as Professor of Practice in International Business and Public Policy at The Fletcher School of Law and Diplomacy at Tufts University, USA from 2015 to 2017, and is a Distinguished Non-Resident Fellow at the elite institution. 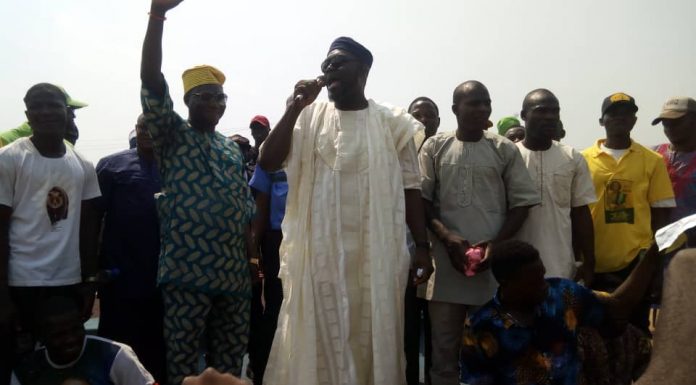 Oyo 2019: I Am Still in The Race – Accord Guber Candidate