In a Statement issued by the publicity secretary of the Aare Gani Adams led OPC, Barrister Yinka Oguntimehin, stated that “Sunday’s attack on the Afenifere leader’s farm was wicked, rude and shocking.

With the recent attack, it is a strong signal that Nigerians, particularly, farmers are not safe in their farms.

And this is not too good for the Federal government’s drive and policy on diversification and promotion of Agriculture as a major alternative for oil.

The attack also came at a time when Nigerians are still mourning the gruesome murder of 73 people in Benue and several others in other states.

The current attack and several others, in recent times, have put to question the failures of the Federal government at curtailing the present security challenges in the country.

“As a group that is poised to protect the interest of the Yorubas wherever they live in the country, we believe strongly that It is the duty of every responsible government to protect the lives and property of the citizenry, however, we urge the federal government to sit up and nip the unwholesome activities of these herdsmen in the bud.”

“The herdsmen are not ghosts. They are Nigerians like us and they must be stopped now before it degenerates into further attack and counter attacks”.

“The Federal government must find lasting solution to the continuous attacks and wanton killings in the country.”

ALSO READ  Renew Your Charms and Be Ready For Collaboration With Police , Others Against Insecurity In Yorubaland- Gani Adams Tells OPC Members

it is a  strong signals that our security apparatus have failed in the discharge of their responsibilities.

The suspected herdsmen on Sunday stormed the farm of former Secretary to the Government of the Federation, (SGF), chief Olu Falae,at Ilado near Akure, the  Ondo state capital, setting it on fire and destroying about five hectares of oil palm plantation worth several millions of Naira. 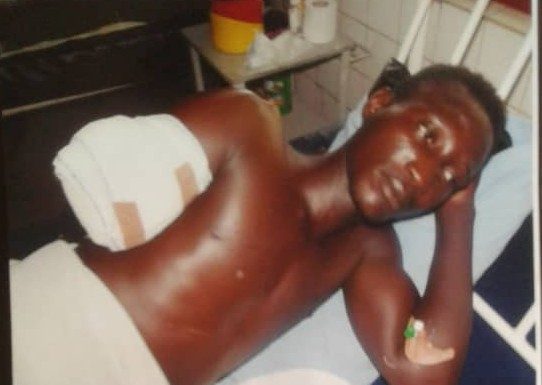