A group designed to forge a common front for the Yoruba Nation, The South West Think Tank  has called for the restructuring of the NIgeria nation along region line.
The Yoruba group also called for sincerity from the federal government in fashioning a way for the country out of its present fragile state.
In a statement issued by the group and signed by its Publicity Secretary, Chief Femi Femi Davies, the group posited that the crisis confronting the country has assumed a dimension whereby a sincere solution should be fashioned out for the country to wriggle out of her present problematic situation.
According to the group, the most practicable solution to the problem confronting the country at the moment is to restructure the country along regional line.
“There  is no gain saying that Nigeria is in a very difficult period in her history, at no time in the history of this nation has her unity been this threatened with her citizens most unpretentious about the desire for true federalism
” Even in the midst of the all this, the Igbos have been very vocal about their desire for self rule through the agitation for a Biafra nation”
Proffering measures to douse the tension in the country over agitations from  various quarters in the country, the South West Think Tank posited that ” the time is now for the country to take the option of restructuring the country”, adding that any restructuring that is not tailored along regional line would be mere wasting of time and resources.
” We are very ,lucky people in this country because God has used the last government to prepare a way out for the nation out of its present predicament through the provision of the contents of the 2014 CONFAB report which prescribed that the country should be restructured.
” In restructuring the country however, it should  be emphasized that the restructuring of the country should be done in a way that the country will revert to the region where each region will be able to grow on its own.
” The time to  desist from playing politics with the future of the country is now. The country need the sincerity of its leaders at this time and revert to regionalism to enable each region progress according to level of potentials available to it”
Enumerating the gains Of regionalism for the country, the group submitted that regionalism is most suitable for the country at this time as each region will be governed by laws that best suits each region, adding that the experience and success recorded in the Western region best register the need for the reversion to the regionalism.
The group, while calling for unity among the Yoruba nation also called for joint efforts in arresting the growing trend of cultist groups causing mayhem in the region.
Making particular reference to the rampaging badoo group in Ikorodu area of Lagos state, the group while calling for vigilance on the part of the government and the people in arresting what it called ” the badoo situation ” in Lagos, the group alerted that the issue  demands urgent attention  at this time because of the rapid way the cult groups have been penetrating the other areas of the southwest state adding that the situation calls for total attention by all .
” The  reign of cult groups in Lagos and southwest states has assumed a dangerous dimension and the situation should not be allowed to degenerate beyond the present state” the statement read in part.
The group which lauded the Nigerian Police force, Oodua People’s Congress ( OPC) for its effort so far in restoring confidence to the people of Ikorodu by protecting the neighborhood against the cult group
The SouthWest Think Tank appealed to the Southwest states government to ensure that every measures are applied to arrest the situation before it becomes another Boko Haram.
ALSO READ  The Need for Every Resident and Business in Oyo State to Pay Taxes 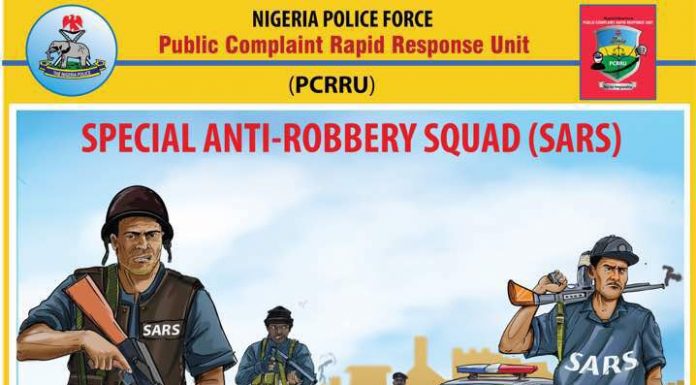