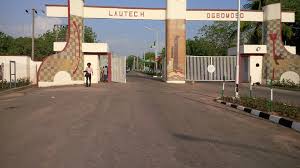 The Academic Staff Union of Universities ASUU of Ladoke Akintola University of Technology Ogbomoso  chapter has expressed concern over the silence of the Institution’s Chancellor Asiwaju Bola Ahmed Tinubu , Vice Chancellor and members of governor board of the institution on the crisis rocking the Institution

“ We are not comfortable with Asiwaju Tinubu’s silence on the matter, he has a significant role to play and we want him to quickly intervene and bring an end to the lingering crisis”

The Union leader who was accompanied to the event by the Secretary Dr Toyin Abegunrin  said the major problems of Ladoke Akintola University is chronic underfunding , saying the IGR generated by the institution is not enough to run the affairs of the institution”

“As we speak now, LAUTECH can no longer pay for utility services the institution has been in darkness for some weeks now because they owe IBDEC and others”

They however urge the stakeholders to implore the owners state to   faithfully implement the recommendations of Wole Olanipekun led committee’s report .

According to him, part of the report advocated for immediate payment of N1.77B for the institution by September and  another 1,77 to be paid between April-September 2017  so that the institution regain back  its feet

Olaniran explains further that ASUU is not against forensic auditing of the University as being peddled in some quarters  “ ASUU is known for probity and accountability,  we are in total support of the exercise but what we are saying the thing must be done according to the dictates of the edicts of the University”