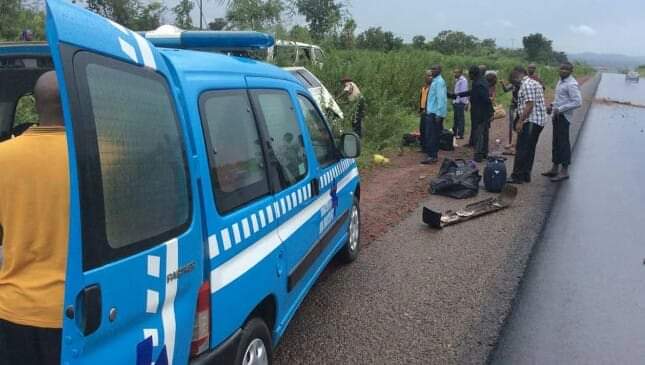 No fewer than seven persons were killed in an accident involving the convoy of Godwin Obaseki, governor of Edo state, on Saturday.

An Audi 80 car conveying the deceased victims  had a head-on collision with a Toyota Hilux van where protocol officers of the Edo state government house were.

The protocol officers were reportedly heading for Ambrose Alli University, Ekpoma, where the governor was supposed to attend the a convocation ceremony.

Danmallam Mohammed, commissioner of police in Edo, confirmed the incident but refused to go into details.

However,  Anthony Oko, sector commander of the Federal Road Safety Corps (FRSC) in Edo, said the two children died on their way to the hospital.

He said all occupants of the Audi car died while driver of the Hilux van had injuries.

Oko said driver of the car lost control while trying to avoid a pothole.

Welcome To The Era Of Possibilities. By Akeem Azeez