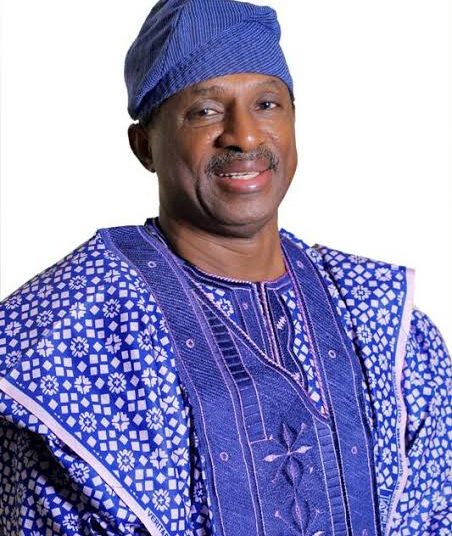 303
SHARES
3.5k
VIEWS
Share on FacebookShare on TwitterShare on WhatsApp

Senator Olufemi Lanlehin (SOLAN), has returned  to his former party the All Progressives Congress (APC).

He won the Oyo South Ssenatorial  seat in 2011 unde the platform of Action Congress  Nigeria ACN and  left  the party in 2014 for Accord Party from where he also moved to the ADC where he contested for governorship election in 2019.

The decision to move to APC was reached at a meeting of leaders, loyalists and supporters, who were former members of the African Democratic Congress (ADC) in Oyo State on monday 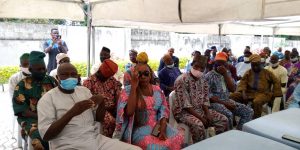 Lanlehin, former Senator representing Oyo South Senatorial District between 2011 and 2015, at the meeting convened at his Ibadan residence, on Monday, 14 September, 2020, had earlier briefed attendees which included the Oyo State Executive Committee of the ADC, led by Rev. Ezekiel Adeniran, some candidates of the party in the 2019 polls, and loyalists of the SOLAN brand, on the series of reconciliatory meetings he had attended in the conclusion of plans towards joining the APC, particularly the publicised one of Thursday, 10 September, 2020, with the APC National Reconciliation Committee in Abuja, as well as other measures put in place to ensure the Oyo State Chapter of the party is well reconciled, and takes its rightful pride of place in the governance of the state.

“The reconciliation process by the National Reconciliation Committee of the APC headed by His Excellency, Governor of Jigawa State, Alh. Mohammed Badaru Abubakar, supported by four other governors, including Ekiti State’s Governor Kayode Fayemi, is clearly succeeding in its given task,” Lanlehin noted.

While assuring loyalists drawn from the 33 Local Government Areas of the state who had thronged his Adabeji residence for the meeting, Lanlehin reminded them of his unfailing desire to always prioritize the interest of the common man, and that in all the steps he has taken thus far, remaining pro-people has remained centrepiece.

Similarly, representatives drawn from the 33 Local Governments who spoke one after the other, endorsed the move, noting in their submissions that Lanlehin’s return to the APC should best be termed an homecoming, having begun his politics from the progressive camp, from his days in the defunct Social Democratic Party (SDP) and the Action Congress of Nigeria (ACN), one of the legacy parties of the APC, aside from being a scion of High Chief S. O. Lanlehin, a core Awoist and National Treasurer of the defunct Action Group, hence associating with members already on board in the party, should ordinarily not be difficult, but a family affair.

A motion for the eventual movement of Lanlehin and the entire structure of the Oyo State African Democratic Congress (ADC), enmasse into the All Progressives Congress (APC) was subsequently moved, seconded and adopted, while no one, after calls for such, if any, raised objection.