The Senate held a minute of silence in honour of the former Minister of Justice and Attorney General of the Federation, Richard Akinjide.

The upper chamber also asked the Federal Government to immortalise the deceased.

Coming under a point of order, Senator Mohammed Kola Ademola Balogun (PDP – Oyo South) in a motion brought to the floor during plenary described the former Minister who died on April 21, 2020, at the age of 85 as a legal luminary whose tenure left an indelible impact in Nigeria’s political-legal history.

According to Balogun, “the late Chief Akinjide was a Minister of Education in the government of Prime Minister Tafawa Balewa during the Second Republic and the Minister for Justice in the administration of President Shehu Shagari.

“He was a member of the Judicial System’s Drafting of the Constitution sub-committee of 1975-1977 and later joined the National Party of Nigeria in 1978. He became the Legal Adviser for the Party and was later appointed the Minster of Justice.”

“Chief Richard Akinjide was the architect of the twelve Two Third Legal Mathematics adopted by the Supreme Court to resolve the Presidential Election Litigation between the Unity Party of Nigeria and the National Party of Nigeria in 1983.

The lawmaker while listing the achievements of the deceased said, “It was during the late Chief Richard Akinjide’s tenure as Education Minister that the University of Lagos was established.”

“It was also under his watch as the Attorney General of the Federation that Nigeria Temporarily reserved the execution of Armed Robbers, the abolition of a decree barring exiles from returning to the country. He was lead Prosecutor in the treason trial of Bukar Zanna Mandera,” Senator Balogun added.

The lawmaker expressed sadness “that the death of the former Minister of Justice and Attorney General of the Federation, Chief Richard Akinjide, has closed another chapter in the Political-Legal history of Nigeria.” 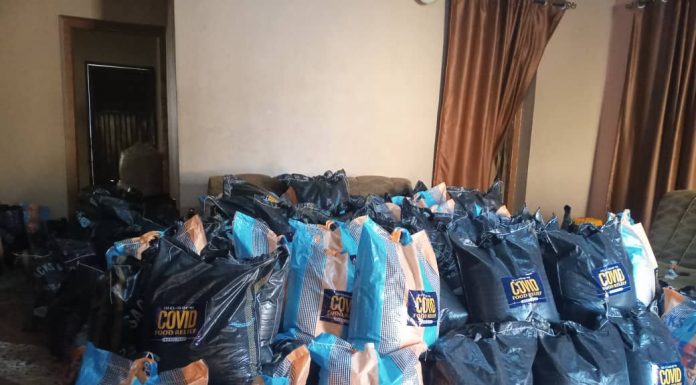 ISI Class of “95” Distributes Foods to The Needy In Ibadan

Over 3000 Delegates Expected As Ekiti Sets To Host Mining Council

Falling Advert Billboard Kills One , Injured Others in Sagamu