Governor State of Osun Mr Gboyega Oyetola says the approval of the permanent site to build the headquarters of the Nigerian Security and Civil Defence Corp, Osun State command depicts his commitment to security provisions for the citizens and enhancing commercial activities.

He stated this while playing host to the headship of the NSCDC led by the state commandant Mr Adeyinka Oguntuase at the government house Osogbo.

According to the Governor, it gladdens his heart that the NSCDC deemed it fit to build its headquarters in the state in a bid to further curb crimes.

The Governor who spoke through his Deputy Mr. Benedict Alabi said that the provision of adequate security is a collective responsibility saying his administration gave the approval having considered its commitment to creating an enabling environment for businesses to thrive and for people of the state to continue to live in a peaceful atmosphere.

He assured the State NSCDC command that government would review its request for issuance of certificate of Occupancy and building of perimeter fence around the permanent site.

Governor Oyetola stated that the comfort and successful operation of the security agencies in the state are Paramount to his administration.

“Security is number one in creating an enabling environment for business to thrive.

” What we are doing for you is part of our responsibility to ensure that there is adequate security for our people.

” This is an investment and the show of commitment to support your Command,” The Governor stated.

The state commandant of the Nigerian Security and Civil Defence Corp Mr Oguntuase Adeyinka while appreciating the government for the gesture lauded the state government for extending the hands of fellowship to the NSCDC command.

He stated that the initiative to have a permanent site for the Headquarters of the Nigerian Security and Civil Defence Corp was conceived in the year 2016.

He pledged the continued commitment of the NSCDC to the security of lives and property of the residents and people of Osun. 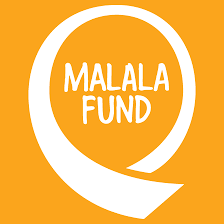 Okere of Saki Calls for Intense Prayer For Gov. Makinde, Other Victims of COVID-19