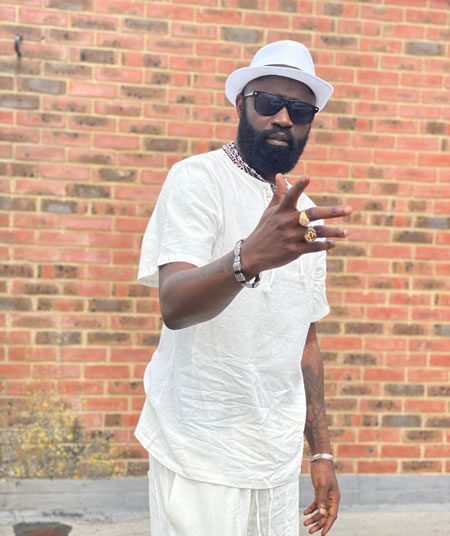 302
SHARES
1.2k
VIEWS
Share on FacebookShare on TwitterShare on WhatsApp

A major evolution is about to hit the world come August 21. The masterminder of this unpreventable evolution, Oluyole Oluwaseun, fondly called Sean Dampte, has assured that the launch of the ‘missile’ is coming at a perfect timing the world needs it to delight the heart of the people.

The much-anticipated missile is an agent with the code name: ‘Awoodah Rising: Man Like Sean Dampte’, made up of six explosives. At this juncture, it seems like a music missile right? Yes, it is! It’s definitely an Extended Play, perfectly produced to be an elixir’ which will delight and calm the world down at this trying period.

Unveiling the artistic artwork to carry the contents, the six-track EP promises to offer the audience the ‘good’ of Sean Dampte as this star act’s best is still to come. Always never relenting, the EP has stood out tracks that have topped the charts.

For instance, Marcelina, the second single off the EP debuted at number 8 on the Black Music Charts on July 3, 2020, and on its current run of over 5 weeks. Another banger off the EP entitled Money On My Mind Always (MOMMA) is said to be the single off the EP that will be receiving massive attention.

The Awoodah Rising: Man like Sean Dampte also features another Afrobeats Star, Buju making an appearance on track 3 titled Pe Pe. This EP is touted to be the best Afro-Fusion EP for the Summer of 2020 and guaranteed to make people want for more. The EP makes use of the Afrobeat, Groovy Swirl and Pop to make it a complete work of art mixing in different cultures.

Asked how he came up with the Awoodah as he sounded unique to the ears, he responded that when he took a break from music and came back, people were like: ‘Who is that?’. So he from that phrase coined Awoodah and since then his fans had been called Awoodahites.

According to him, the EP will be released under the new management of the Afrobeats superstar, Paris Sauvage.