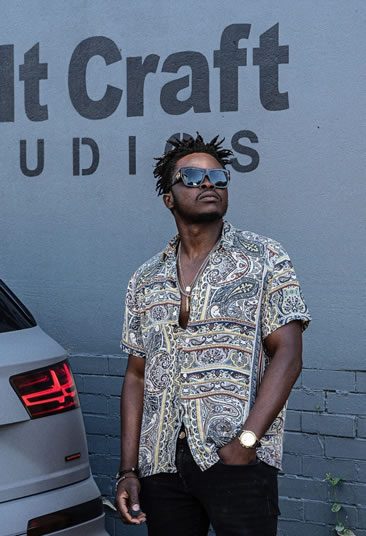 569
SHARES
1k
VIEWS
Share on FacebookShare on TwitterShare on WhatsApp

Recently, the hit single of the UK-based Nigerian singer, Emmanuel Anjorin, ‘Leave You Now’ has been the talk among social media users. The talented afro-fusion musician has been highly rated for the deep and conscious lyrics with his fantastic song delivery.

His new single addresses a sensitive relationship issue, where an individual was abused by his/her so-called lover. Hence, different reactions have since followed the release of the single on social media with both men and women defending and airing their opinions.

Meanwhile, Homebased kept quiet on these reactions until recently when he decided to talk about what really inspired him to write the song and how he feels about such unhealthy relationships.

“Leave you now touches on a very sensitive topic around abusive relationships. You may be surprised to know that a lot of people are going through this. A friend of mine was in a similar situation and she was able to reach a point where she realized she couldn’t take it anymore and eventually left the relationship. This is where the inspiration for the song came from,” he revealed.

He knows that it is still quite a taboo subject but urges people who think they are being abused to “seek help and summon courage to leave such relationship.”

Speaking on his next project, he revealed that his next single ‘My Fire’ would be a follow up of ‘Leave You Now’, adding that it’s another track which is part of his upcoming EP called “Spur me on”. The EP, according to him, will be made up of six tracks.

His fans are eagerly awaiting the much anticipated release of his EP, which is sure to showcase his natural flow and great acoustic talents.