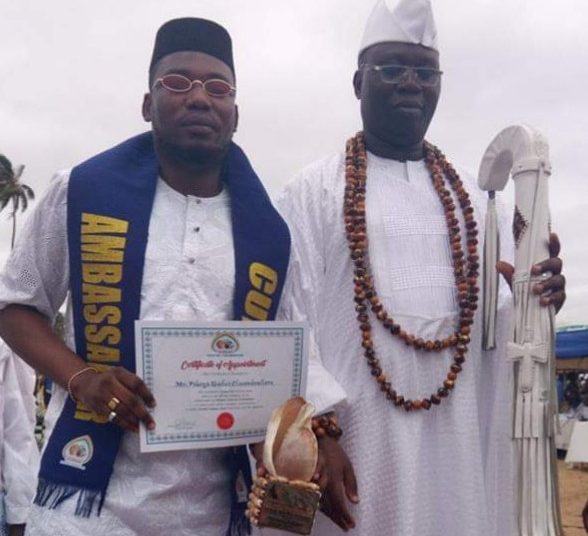 29
SHARES
366
VIEWS
Share on FacebookShare on TwitterShare on WhatsApp

Fakoya Qudus Oluwadamilare, Popularly knows as Q-Dot was among seven personalities that were made the new set of cultural Ambassador for Olokun Festival Foundation. 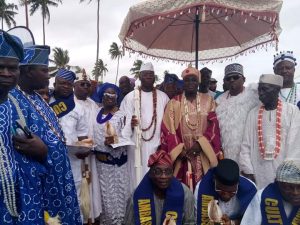 Olokun festival foundation is a sociocultural organization established with the intention of promoting yoruba culture and tradition.

The foundation which is under the leadership of Aare Gani Adams celebrates 36 Festivals annually.

While decorating and presenting the new Ambassador certificate, at the Grand Finale of Olokun Festival at Suntan Beach Badagry Aare Adams said ,” they have exhibited proficiency in their chosen carriers especially in promotion of Yoruba culture and tradition.”

He however implore them to continue in their effort to project yoruba culture in their various mediums .