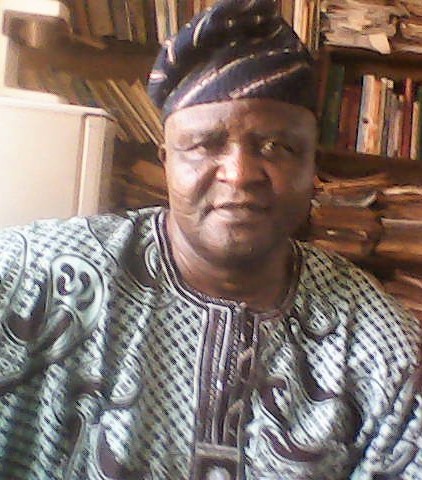 136
SHARES
377
VIEWS
Share on FacebookShare on TwitterShare on WhatsApp

The death of the first ‘home made’ professor in the Ladoke Akintola University of Technology, Professor Julius Ipadeola Olaifa has been confirmed.

Professor Olaifa, 69, died on Saturday after a brief illness.

The renowned Toxicologist graduated from University of Ife (Now Obafemi Awolowo University) with a first class degree and joined the service of the newly established Oyo State University (Now LAUTECH) in October 1990 as a lecturer.

The Ilora born Olaifa, who until his death was a consultant to Food and Agriculture Organisation (FAO) and the International Atomic Energy Agency (IAEA), was the first Head, Department of Agronomy and the first elected Dean Faculty of Agricultural Sciences, Lautech.

As the first LAUTECH professor to get grant from the federal government, he was the first to have a research break through on LOCOST LOTTION that was translated to 140 languages in the world by FAO Food Agriculture Organization.

Olaifa, a professor of toxicology and entomology delivered the first series of Lautech inaugural lecture in 1997.

Confirming his death, the chairman of the institution’s Senior Staff Association, Alhaji Alesinloye said the deceased was an outstanding and award winning professor who has travelled to all continent of the world. Describing his death as a big loss to the institution in particular and the nation in general.

The Chairman of the Academic Staff Union, Dr Abiodun Olaniran who also confirmed his death to newsmen prayed that God gives the the family of the late professor the fortitude to bear the irreparable loss.

He was survived by wife, children and grandchildren.