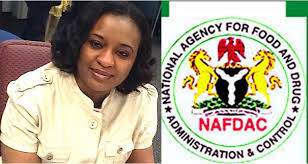 The purported removal of  Mrs. Yetunde Oni as the  Acting Director General of NAFDAC has been punctured  by presidency sources.

The source at the corridor of power in the Aso Rock villa further confirmed that such rumour remains the handiwork of mischief makers to distract the acting director general of the agency.

Further checks at the headquarters of the agency in Abuja revealed that Mrs. Yetunde Oni who just returned from an official trip to NEPAD office, Midrad South Africa where she attended and chaired the AMRH steering committee of the Medical Products Regulatory Systems Strengthening and Harmonization Initiatives in Africa is expected to resume back to the office tomorrow 7th of September, 2017.

Investigation from the Federal Ministry of Health where Prof. Isaac Adewole heads and act as the Supervisory Head for Health agencies and parastatals indicated that the employment, discipline and termination of appointment of heads of FG agencies ordinarily pass through his office, there is no directive to sack or replace Mrs. Yetunde Oni. It is not being considered, contemplated or concluded said a source that is a senior staff at the ministry. It is a distractive ploy by importers and manufacturers of fake drugs and urged the public to disregard such unfounded and baseless speculation, he stressed further.

In our bid to unfold reasons why some people are bent on axing the NAFDAC boss, we interviewed some staff of NAFDAC who reeled out the few achievements of the NAFDAC helmsman. She has strengthened the core mandate of the organization in the area of regulation of importation, manufacture, advertisement, sales and use of drugs to ensure safe and quality drugs/foods for public use.
She has through her creativity and ingenuity promoted local manufacturers of foods and drugs with partnership from the Bank of Industry (BoI) to increase production capacity through loans and grants, capacity building for quality regulatory activities.

She has worked harmoniously with all the major stakeholders like the SON, CPC, NDLEA, PSN, PCN etc to launch anti – counterfeiting technologies in Nigeria. The legal unit of NAFDAC under her supervision has convicted more fake drug peddlers and importers than any other administration which can be authenticated with the destruction of counterfeit drugs worth N20bn within 3years.

And more recently, NAFDAC procured a high powered liquid chromatography equipment which can accommodate 200 samples and analyzed them within 24hours to detect substandard and falsified medical products and foods to enhance efficiency of sample test for NAFDAC regulated products.

The Buhari administration takes cognizance of the fact that result oriented drive to promote healthy living among Nigerians cannot be sacrificed on the altar of ignorance or political nativism, as such all efforts will geared towards sustaining the tempo and achievements of the present NAFDAC boss.