Prince Adedayo Adeyeye movement has described the adoption of Prof. Kolapo Olusola Eleka as the “consensus/sole” candidate for 2018 Gubernatorial election in Ekiti state by some stakeholders in the PDP, as aclear breach of the party constitution and the electoral act.

Stakeholders of the Peoples Democratic Party (PDP) in the State have adopted the Deputy Governor, Prof Kolapo Olusola, from Ekiti South Senatorial District, as the preferred candidate of the party.

Adoption of the deputy governor, who is a professor of Building Technology from the Obafemi Awolowo University (OAU), Ile-Ife, Osun State, was the major decision reached at the party’s stakeholders meeting in Ado Ekiti today.
The meeting was attended by 177 councillors, 177 ward chairmen, 16 Local Government party chairmen, 16 Local Council Chairmen, Chairmen and members of Boards and Parastatals, State Executive Council, Ekiti State House of Assembly members, serving and former members of the PDP State Working Committee, former Deputy Governor, among others.
The communique issued at the end of the meeting reads; “After due consultation, without prejudice to the provisions of the Electoral Act 2010 (as amended), we formally endorse His Excellency, Prof Kolapo Olusola (the current deputy governor), from Ekiti South Senatorial District, as our preferred aspirant/candidate.”

Speaking with journalists after the adoption, State Chairman of the PDP, Chief Oguntuase said the party organs will abide by the decision taken by the stakeholders in the overall interest of the party and the entire people of Ekiti State.

He however said that the adoption will not preclude any member of the party that is interested in the governorship ticket from contesting, adding that open and transparent primary election will be held in accordance with the rules of the party.

Chairman of Forum of Ward Chairmen, Alhaji Amuda Sunmonu also hailed the decision to adopt Prof Olusola, maintaining that “Wherever Governor Fayose goes, we will follow him.”

Also speaking on behalf of local council councillors, Hon Anifowose Mustapha said all the 177 councillors in the State were solidly behind the governor and “the decision of the party’s stakeholders remained binding on all of us.”

Secretary to the State Government, Dr Modupe Alade described the deputy governor as a competent and loyal member of the Governor Ayodele Fayose political family, adding that his adoption was a reward for loyalty, dedication and commitment.
Adeyeye group in a press statement signed by its Director of media Niki Pro said The body is unknown to the PDP constitution as amended in 2012. Its important to note that PDP as a political party is bigger and larger than an individual so the rules and regulations of the party are sacrossant in the election of any candidate for elective position.
‘Prince Adedayo Adeyeye movement (PAAM) believes in credible, transparent and free and fair primary for all aspirants for the position of the governorship come 2018’.

‘PAAM rejects the purported adoption of a sole candidate in its entirety as there are many other aspirants for the governorship race in 2018.’

They alleged that the gathering was organized and supervised by Governor Fayose to impose a stooge as the sole candidate for PDP in EKITI State. 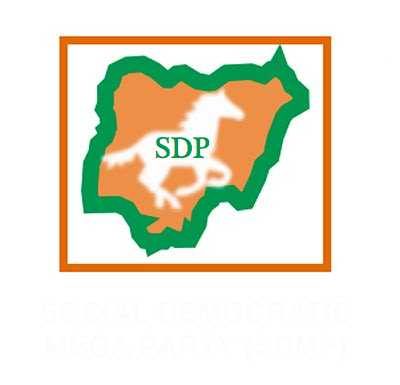 Nigeria Too Complacent About Solving Her Problems-UI DVC