Former President Olusegun Obasanjo has advised politicians not to see politics as a matter of do-or-die affairs.

Obasanjo gave the advice on Saturday in Calabar at the public presentation of a book titled: `Stepping Forward with Uti J.D . Agba and Mathias Okoi-Uyouyo.

The former president, who was the special guest of honour at the event, said that politicians, who fail elections can help those who win elections to succeed for the growth of the nation.

“Politics should not be about life or death. Politicians should learn how to thread with caution as 2019 elections draw closer. “If you cannot be the chief servant you can be the assistant chief servant.

This is because the chief servant cannot do it on his own; he has to work with others,” he said.

Also, Gov. Ben Ayade of Cross River said that politicians, who could not be in power should support those in power to ensure development. Ayade stressed the need for all politicians to work together irrespective of their political parties for the development of the people they represent.

“Power is like the wind which blows away. In using power, one must do so with the fear of God,” Ayade said.

. Author of the book, Mr Goddy Jeddy Agba, said that the people of Cross River should be one, adding that it was important for all stakeholders to work together for the ultimate growth and development of the state.

ALSO READ  Pedro, William to Stay In Chelsea Until the End of the Season

The News Agency of Nigeria (NAN) reports that the book was reviewed by Prof. Kalu Uka of the University of Uyo. Agba’s father, His Royal Highness Uti Jeddy Agba has been the Paramount Ruler of Obudu in Cross River for 58 years. Dignitaries who graced the occasion are the Etsu Nupe of Nupe Kingdom, Alhaji Dr Yahaya Abubakar, the Obong of Calabar, Edidem Okon Abasi-Otu V, former governor of Cross River Sen. Liyel Imoke among others. (NAN) 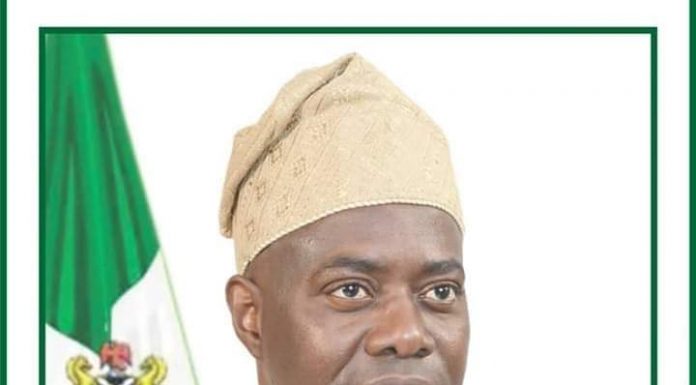 APC Reps Mourn Ajimobi, Says He was a Pathfinder

Tension in Ibadan as Hoodlums Threaten to Avenge Murder of Their...