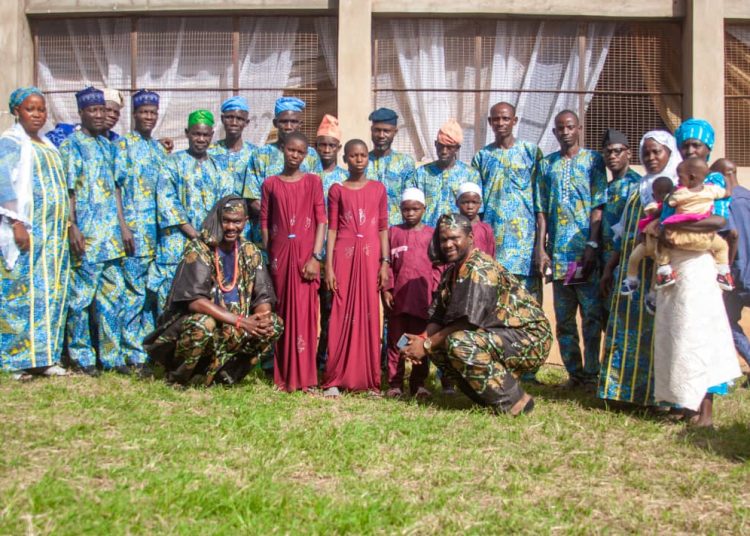 82
SHARES
5.2k
VIEWS
Share on FacebookShare on TwitterShare on WhatsApp 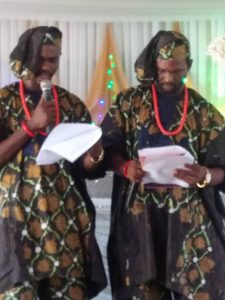 Participants at  World Tourism Day 2020  have called for investment on the reality of the socio-economic benefits that is obtainable at the abundance of twins and multiple births in Igbo-Ora.

This call was made known at the just concluded edition of the Igbo-Ora World Twins Festival held on Saturday, 31st October, 2020 at the World Twins Capital, Igboora, Oyo State, Nigeria with the theme “Harvest of Double Double ”
In his welcome address, the Chairman, Igbo-Ora Community Foundation, Mr Adebisi Adeniran, appreciated the Most High and expressed gratitude to the Royal Fathers, leaders , elders, sons and daughters of Igboora to the august gathering which commemorate the third edition of World Twins Festival at Igboora. According to him ” the festival had since 2018 been held during the second weekend of October.

This year’s festival would have been held between Thursday 8th and Saturday 10th, October 2020 but for covid-19 pandemic which had been ravaging the world world since about the month of March of this year” he stated.

According to the organizers, this is the third edition in its rebranded series, the 2018 and 2019 editions recorded 2,034 and 3,200 sets of Multiple births respectively. Even though it was supposed to be over 10,000 sets this year but the organizers decided to make it a mini-celebration with selected set of multiple births due to the global pandemic and also in honour of all those that lost their lives and properties in the recent #endsars protest.

In his Goodwill message as chairman of the event, Member, House of Representatives representing Ibarapa Central/ Ibarapa North Federal Constituency, Hon. Ajibola Murain stated that World Twins Festival is a celebration of the defining feature of Igbo-Ora, the Twins Capital of the World.

He continued by saying that twins are wonderful children and yoruba culture recognizes them as such. “They bring joy. Happiness and prosperity to their families. And not only to their families but also to the whole community. Through the World Twins Festival celebration, twins can also bring prosperity and progress to our town , our state and our nation”.

He then described the festival initiators, Ambassadors Taiwo and Kehinde OGUNTOYE of Twins World Creations as true cultural ambassadors. “Your vision of using the festival to showcase the tourism and cultural potentials of Igbo-Ora is laudable and worthy of every support”. He further calls on government at all level and corporate organizations to support this great initiative in the interest of our dear country as a tourism booster being the country with the highest concentration of twins in the world. He concluded by charging the government to tap fully into the tourism reality of the festival.

In his own remark, The Asoro-Olu Ayinla IV, Olu of Igboora, His Royal Majesty, Oba Jimoh Olajide Titiloye while speaking at the festival implored the Oyo State government to invest in the funding of the event for the tourism benefits of the state as the uniqueness of Igbo-Ora is a huge tourists attraction as God has blessed the community with uncommon gift. The monarch further stated that “”One out of every four pregnancies in Igboora are delivered as twins”.

In their jointly read address, The Most Famous Twins in African Tourism and Initiators of the festival, Amb. Taiwo and Kehinde OGUNTOYE called for a resolution to declare a day by the United Nations for the celebration of Multiple births. The duo also advocated for the stoppage of seeing twins as abomination as being reported in some communities. ” Igboora World Twins Festival is also creating awareness for those people still involved in the barbaric act, to see how we are celebrating the uniqueness of multiple births in this part of the world, twins are to be celebrated not killed”. The duo concluded by calling on the government to see the opportunity this festival present as avenue to jerk up the revenue of the state and Nation through Twins Tourism.

Also, the caretaker chairman of Ibarapa Central Local Government, Hon. Sarafadeen Olaito Olaoniye said that the festival is the pride of Ibarapa land and Nigeria as a whole- having the highest concentration of multiple births in the world. According to him,”the fact that is never disputable is that God has blessed us with uncommon gifts, we have possessed what nobody can take away from us”.

Olujobi Twin Sisters speaking with journalists at the festival expresses their happiness for being at this year festival despite the pandemic, it was an interesting celebration. “We couldn’t make it for last year celebration but this year event has shown that this festival is outstanding and should not be missed at all, we look forward to attending the next year big celebration” said Olujobi Kehinde.