Oyo To Consider People Living With HIV for Employment 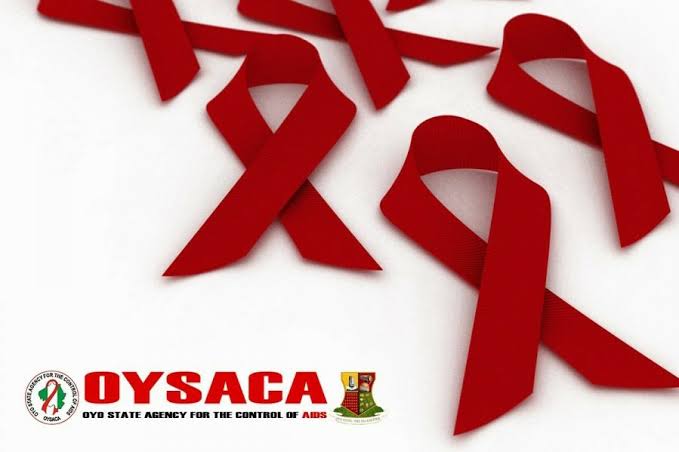 In its bid to cushion the impact of Corona virus on People Living with HIV (PLHIV) in the State, the Oyo State Agency for the Control of AIDS, (OYSACA) has donated relief packages to 39 HIV Support Groups in Ibadan, Ibarapa and Oke-Ogun zones of the State.

The Chairman of the Agency, Engineer Tamunominini Olufunke Makinde, while speaking through the Executive Secretary of the Agency, Dr. Waheed Akinola Lanre Abass in an interview after presenting palliatives to beneficiaries in Ibadan on Thursday stated that the present administration in Oyo State was passionate about the welfare of the people living with HIV, been a major part of the people who are greatly affected by the Corona virus pandemic, currently ravaging the world.

Abass also noted that apart from the distribution of relief package, the agency was poised to ensure that the PLHIV who have the required qualifications were offered employment in the ongoing recruitment exercise into the service of Oyo State and beyond.

According to him, Oyo and Ogbomoso zones have previously enjoyed donations during 2019 World AIDS Day commemoration and would still be among those who to benefit in the next tranche of palliative distribution exercise which he said would commence soon.

“The Agency is working assiduously in making sure that stigma and discrimination against People living with HIV is reduced to the barest minimum while also ensuring that they live a fulfilled life and achieve their life’s goals without fear and as normal people in the society” he assured.

In the same vein, the Project Manager of the Agency, Dr. Kayode Ogunkunle while addressing beneficiaries of the relief package at Saki, in Oke-Ogun Zone, advised them never to throw caution to the wind like many, who do not believe that Covid 19 is real, rather, he enjoined them to always abide by the precautionary measures laid down by NCDC and Ministry of Health in order to prevent themselves from contracting the deadly virus that is ravaging the world.

He further informed them that People living with HIV must prevent themselves from contracting Corona virus because people with chronic health conditions are worst affected by Covid 19.

In his own response, a member of Hope in Life Support group, Saki, Mr. Popoola Sunday expressed profound appreciation to Her Excellency the wife of the Governor and Chairman of OYSACA Engineer Tamunominini Olufunke Makinde for being magnanimous enough to remember them and catered for their welfare at such a time of pandemic.

The Chairman of Kasamadupe Support group, Iseyin Mr. Rasheed Owotutu could not contain his joy as he received the palliative containing items such as Noddles, spaghetti, macaroni, garri, sugar, salt, cookies and some other items.

He however requested that the government should as a matter of urgency, provide them with employment opportunities and empowerment for them to be able to take proper care of themselves and their family.

“Rather than give us fish to eat, we implore the government to teach us how to fish by ourselves, this palliative will soon finish and we would be helpless again, some of us are graduates while some are skilled in different handwork, we need jobs to be able to take care of ourselves and our family” he retorted.