by NationalInsight
in Featured
6 min read
0 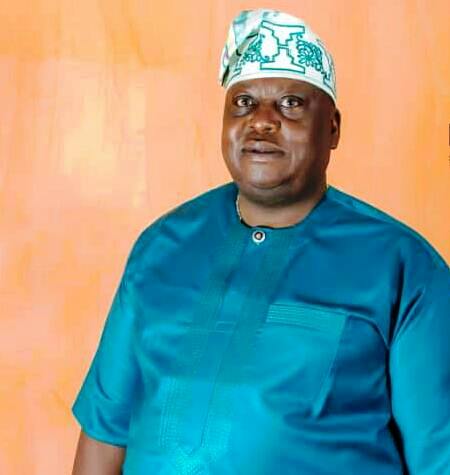 Senator Gbenga Babalola, a former Federal lawmaker represented Oyo North  at the upper chamber of the National Assembly between 2007-2011. The iseyin born politician is one of the gubernatorial aspirants in African Democratic Congress ADC in Oyo state and he is optimism that he would be the next governor of the state. In this interview with Remi Oladoye, Babalola  explains how Ladoja and Koleosho will determine  what will shape 2019 election in Oyo state and how he would ensure equal distribution of resources and  infrastructural development to other part of the state.

Sir you’ve already express your intention to contest for governor of the state under the Peoples Democratic Party, ( PDP )now you are in to ADC has anything change ?

There is nothing serious about that, we are only changing platform, initially we thought we will be able to do it through PDP, but from what is happening in Oyo state today that the PDP as usual has been hijacked and pocketed by some people and since that is the case everybody have to look for a better platform where we can express our aspirations.

What time is shot, even before we joined the PDP then everybody was waiting for a new mega party it normally takes time to develop such things . ADC has come and its now popular in some part of Nigeria and Oyo state even  more than  the PDP.

With the composition of politicians in ADC, part of PDP, APC unity Forum,  Labour Party, do you foresee similar problem  that  broke their original party  like conflict of interests in the new party

I don’t, the nature of people who are coming together,  in PDP we  have people who are very intractable  and I can describe them as greedy individual,  because  PDP  was  in power for almost 16 years everybody who have the PDP ticket  see it as  a meal ticket so you see people  want to die because of a ticket. The action  presupposes that it’s a do or die matter  that is why we are looking for  level playing ground on a different platform, where people  will have a say , with what we’ve seen in PDP today  I think they are going back to square one. Especially at the national level because they’ve started playing politics of money for hand back for ground which destroy the party in the first instance.  And I think it’s very unfortunate for them especially in Oyo state.  All this people that are leading the party today are people that congregated in September last year. Baba Koleosho is not new, he was part of  what we’ve been doing since last year,  everybody was there  but the moment they  did what they did in  PDP they thought they already won medal and  they started misbehaving  they went back to their old behaviours  but thank God  today we are still in Nigeria , the time is still ripe,  orun to wa nita too aso gbe  , politics is about human beings  when Bola Ige  formed the AD in 1999, it didn’t take them one week, it was about a week before the closure of registration in INEC and they won all the south west state.We have people who are educated   and knowledgeable about politics who know what they wants  it’s not as if the leaders wanted  to be moving from one party to another but followers are the one that pushing them that  look this people you are dealing with ,we don’t understand them and in politics, we all have our father’s name we are only coming together as a party  . you can see what is happening today in APC at the National level when  the bird of different feathers flocking together at the end of the day they crash, we believe this new ADC to me is not a news , there is nothing too late about that

You are a frontline politician , you’ve really understand  the issues in Oyo state , what are the issues  and personalities that will determine the voting pattern during the 2019 election especially the governorship and presidential election

The people you saw at Rebecca hall Next hotel are the people that will determine that thing you are talking about and everybody knows it, since 2003 it has always been about ladoja , I can chronicle  what has been happening in Oyo state since 2003, all the  people that have been governor are behind him, it has  always been him and if it’s not Ladoja it was  AD and you cannot talk about AD without  Baba Koleoso  so the state governors is a combination  of Koleoso and Ladoja  and others  that will shape things.   I am telling you that what will happen in Oyo state in 2019 will be determined by the people you saw today at the ADC committee inaugural meeting.

You’ve once represented Oyo north at the National Assembly and 8 years again you are coming back to contest as the governor of the state , one would have thought that you will return to the  National Assembly to continue where you stopped  what propel you for this governorship ambition and if voted in what is your vision for Oyo state

First and foremost, 8 year after at the National Assembly, I think the next thing for me is to move up  and that is  what I am doing now  vying  for the number one seat in the state.  The reason is that I want to see the lots of our people getting better, governance in this part of the world we have not started and  I am  not happy . In the last 8 years Oyo state has not been govern with human face at all, we need a governance with human face and carry all the people along in developing the economy of this state especially the Oke Ogun area  and other part of Oyo state.  To me its penny wise pounds foolish, we take all the resources and develop only one place, so at the end of the day we all congregated in Ibadan, Ibadan will soon become congested  and inhabitable. But if you develop everywhere in the state everybody  will  be happy,  it doesn’t  make any sense for development to be limited  to just the capital alone   my  coming  into this race is because I have not seen somebody who could actually do it and I believe with my experience, exposure in life  oyo state people will find it better. We are going to give them a better platform and now with a good platform that we have and good leaders around us people will see what will happen when we get there.

Sir, Over the years   people of Oke Ogun zones  have been clamouring for governorship position, I could remember some years ago when some youths gathered in Iseyin to adopt you as the gubernatorial candidate of a political party  but many political observers have argued that the failure of Oke Ogun people to come out with one voice to produce a candidate has been the bane of their failure to produce a  governor  don’t you see that the same  problem  with occur because we have so many aspirant aspiring to be governor from Oke Ogun

I don’t believe  the bane is producing one candidate because in politics we cannot all be in one place, the bane is that our people have been shortchanged, they’ve not been given their rightful position in Oyo state, we are  talking of 1/3rd of Oyo state  with 10 local government only Ibadan has eleven local government with just one ahead of us  so I agree with you that our people have not been forthcoming, that is the major problem and  now we’ve realized this  you can see that ODC  and everybody are working seriously to make sure that all the major political parties produce an Oke Ogun person as their governorship candidate , that is the minimal and if that happens definitely oke ogun son becomes the next governor of the state .

There is nothing like bias, that is what I am saying, we need people who have a very long outreach in life, who are experience , who knows exactly what we are looking for,  it will only help Oyo state to move development outside  Ibadan and that will also help Ibadan itself, imagine this Agodi  GRA we are staying today what did it use to be  when  the oyinbo’s where here, its like a village which make it more conducive for people to be living  but the more human being you have the more pressure you are putting on infrastructure  that is one of the problems but if you expand infrastructure base to other part of the state  there will be more development, if I become the next governor there will be no bias every part of Oyo state will get  their own  share.

We’ve Killed Many of the Bandits Terrorising Zamfara- NAF

We've Killed Many of the Bandits Terrorising Zamfara- NAF