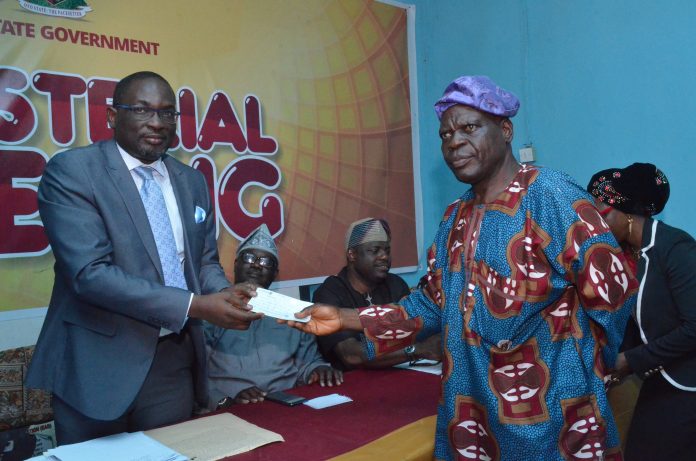 The Oyo State Government on Tuesday said that it has released the sum of One Billion, Five Hundred Million Naira (N1.5bn) as part payment of outstanding gratuity and pension arrears to retired primary school teachers and local government workers in the state.

Also, the Governor of Oyo State, Senator Abiola Ajimobi has approved that the current salary of workers in the state be paid with their new financial benefits in line with 2012 – 2016 promotion exercise as recommended by the Technical Committee set up by the governor on February 14, 2019.

The government stated that the sum of Seven Hundred and Fifty Thousand Naira (750M) will also be contributed quarterly by the Local Governments and its Local Council Development Areas (LCDAS) in the state for the same purpose in order to offset the accumulated gratuities of the retired local government workers including retired primary school teachers at all grade levels.

The State Government said this during a joint Press Conference involving the representatives of the State Government, the Local governments Chairmen, the Pensions Board, the Nigeria Union Pensioners and some of the affected pensioners at the Film Theatre, Ministry of Information, Culture and Tourism, Secretariat, Ibadan.

The Attorney General and Commissioner of Justice, Mr. Oluseun Abimbola explained that the decision was taken after the out of court settlement between the state government and the NUP, saying that retired LGs workers should visit their various local governments to know the modalities involved in the collection of their gratuities.

Abimbola, who was with his counterparts from the Ministry of Local Government and Chieftaincy Matters, Mr. Bimbo Kolade and Ministry of Information, Culture and Tourism, Mr. Toye Arulogun stated that theNUP and government recently received the enrolled order of the National Industrial Court, Ibadan Division delivered by Hon. Justice Dele Peters, ratifying the terms of out of court settlement agreed between the Government and the Pensioners’ Unions on Monday March 4, 2019, stressing that the government has commenced the payment of the N1.5bn.

ALSO READ  An Evening with ‘Baba’  By  Bisi Adeleye-Fayemi

He noted that the out of court settlement proffered solution to the about 12 years of pensions arrears and gratuity, stating that steps have been taken to ensure that all due pensions will be      paid as at when due without adding it to the arrears on ground.

Abimbola said, “the resolution and the court’s pronouncement recognized that the accrued Pension and Gratuity arrears was, and remains the statutory duty and responsibility of the Local Government to pay to retirees of primary school teachers as well as the local government staff, thus the Oyo State Government never had the liability nor obligation by law and is not the one owing this arrears as being speculated in some certain quarters. Nevertheless, Governor Ajimobi intervened and directed we engage all stakeholders to ensure a final resolution of this age-long matter inherited by this administration.

We have also agreed with the NUP as part of the terms of resolution to immediately commence a biometric exercise in order to eradicate any hidden incident of ghost workers/pensioners in the local government service or teaching service,” the Attorney General said.

In his address, the Commissioner for Local Government and Chieftaincy Matters, Mr. Bimbo Kolade reiterated that the payment is for both deceased and living retirees, calling for maximum cooperation from theNUP so that the government efforts in alleviating the suffering of the retirees will be fruitful.

Speaking on behalf of the pensioners, the State Secretary of NUP, Comrade Olusegun Abatan thanked Governor Abiola Ajimobi  for the kind gesture in settling the many years of imbroglio affecting the retired primary schools teachers and local government workers in the state, urging that the government should ensure that the next disbursement as agreed in the terms of settlement is ready as at when due.

The representative of local government chairmen, Chief Bosun Ajuwon, assured that local governments will live up to their expectation as all chairmen have budgeted a huge amount of money to be set aside monthly to ensure prompt payment of the outstanding, regretting that the pensioners’ arrears which predated this administration was just being resolved.

Implementation commenced immediately with the cheque presentation to some of the retirees after the Press briefing, while the process with payment to other pensioners are expected to continue tomorrow. 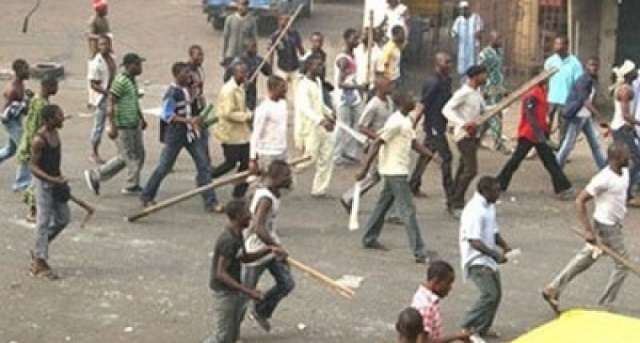 Politicians, The Slaves of Death and Nigerians as Their Victims.By Wole Adejumo

9th Assembly Leadership: We Can Trust In Gbajabiamila/Wase . By Olubunmi Tunji-Ojo