The Oyo State Government has assured that adequate security and welfare measures are being put in place to protect the vulnerable segment of the society, saying that about 10,514 children have been cared for under its child welfare programme.

Also, the government has said that activities marking the 2018 International Women’s Day include an Enlightenment Campaign Rally to be led by wife of the Governor, Mrs. Florence Ajimobi on Wednesday March 7, 2018, saying that there will be a Women’s Forum on Thursday, March 8, 2018 on the theme of this year’s celebration which is Time is now: Rural and Urban Activities Transforming Women’s Lives.

The State Commissioner for Women Affairs, Community Development, Social Welfare and Poverty Alleviation, Mrs. Atinuke Osunkoya made the disclosure during a ministerial briefing to highlight the activities of the Ministry and to commemorate the 2018 International Women’s Day held at the Film Theatre, Ministry of Information, Culture and Tourism.

Osunkoya, who was at the media parley with her Information counterpart, Mr. Toye Arulogun,  said that the state government regretted the unfortunate incident of kidnapping of 110 secondary school girls in Dapchi, Yobe State,  noting that security of lives and properties is topmost priority of the state government.

She explained that 152 children were rescued from traffickers, provided with rehabilitation services and support, adding that 6,000 children have benefitted from the Educate a Rural Child Programme, 276 were reformed under probational services through their schools, 561 children were trained in different vocations and empowered with support from SACA, 65 infected and affected by HIV/AIDS were provided educational and nutritional support and 3460 orphans and vulnerable children in orphanages in the state were provided with educational and welfare support.

The Commissioner said that a task force has been set up to arrest the increasing rate of the destitute as some are being dumped from the neighboring states, pointing out that 361 destitute have been evacuated, treated and re-integrated with their families within and outside the state.

She said that the government has not relented in its efforts with People With Disability (PWD), stating that 350 PWDs were provided with Mobility Aids such as wheel Chairs, White canes and crutches, 31 with artificial limbs produced at subsidized rates for the amputees at the Rehabilitation Centre for the Disabled, Moniya and 434 PWDs were empowered with cash and equipment such as computers, sewing machines, barbing and hair dressing equipment.

Mrs. Osunkoya stressed that 201 children have been placed on local adoption with substitute parents and 12 on international adoption in Netherlands, stating that 714 of cases have resolved through Juvenile Welfare Services out of which 274 were cautioned and released to their parents after reformation, 225 were released on recognition and Ministry’s instruction, 90 released for proper reintegration with their families and 125 committed to Juvenile Correctional Institutional for supervision and reformation.

The Commissioner said that 815 distress families were reconciled, 512 children in the custody  of mothers were maintained by their fathers and 519 children/juvenile were psychologically reformed, counseled and reintegrated into their family through the family welfare services of the state government.

Acceptance  Speech by the New National Chairman of the All Progressives...

Makinde Should Be More Proactive, Good Governance is Beyond Paying Salaries... 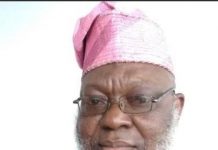 Akintunde, Others Clear Air On Anti-party Allegation Saying, “We Are Undiluted... 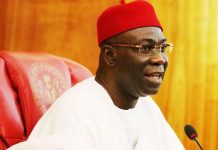 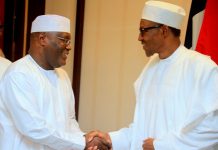