by NationalInsight
in Featured
2 min read
1 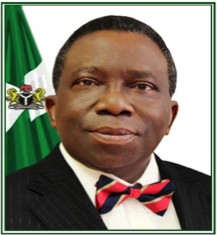 …….Researchers to use Satellite to Map Health Services in Lagos, Oyo Slums

In search of solutions to the deplorable health conditions in Nigeria’s urban slums, over 24 researchers and 15 urban slum dwellers are set to use Satellite Image (Open Street Maps) to digitize and analyse access to health facilities in some urban slums in Lagos and Oyo States.

This was disclosed On Tuesday in Ibadan by the Nigeria lead investigator of the NIHR Global Health Research Unit on Improving Health in Slums, Professor Akinyinka Omigbodun, at the training of graduate students and slum dwellers on mapping health services in urban slums in Lagos (Bariga) and Oyo (Sasha and Idi-Ikan) States, anchored by Dr Olakekan Taiwo.

According to him, the multi-country study is aimed at improving health service delivery in selected communities in Low and Middle Income Countries.

The research which is intended to, among other objectives, assess the health care services available to urban slum dwellers, the accessibility of such services and the health challenges facing them becomes important in the face of growing urban slums and associated health service delivery constraints in Nigeria.  He added that researchers are conducting similar studies in Kenya, Pakistan and Bangladesh as part of the global NIHR project,.

Prof Omigbodun noted that rapid urbanisation was displacing many people in Nigeria into urban slums and ailments and diseases that were previously associated with rural settings are beginning to manifest with greater frequency in urban centres, an emerging global health concern.

While urban slum dwellers have a lot of health issues to contend with, Professor Omigbodun said millions of the residents face difficulty in accessing quality care and, in many cases, face financial constraints which limit their options in terms of the services they can obtain.

He therefore noted that the study, which is funded by United Kingdom National Institute of Health Research, will generate data on spatial distribution and consumption of health services by urban slum dwellers in Nigeria. The findings will be useful in updating health policy in Nigeria.

“The training was geared towards equipping our research team and slum dwellers on using Open Street maps to digitize, store and analyse data in Lagos and Oyo State urban slums. This is the global trend of doing research of this nature as it gives proper accounting of otherwise neglected features of urban slums which are vital for proper data analysis.

Oyo reiterates protection of the vulnerable as 10,514 benefit from child welfare