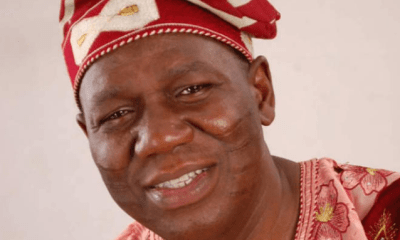 The Oyo State Government has expressed determination to reduce the prevalence of breast and cervical cancer among women in the state to minimal level, saying that over 16,500 women are expected to benefit from a free cancer screening.

The government said that the free screening cancer was a collaborative effort of the Oyo State Ministry of Health, the Local Government Councils across the state and the Access to Basic Care Foundation, a non-governmental organization founded by the wife of the State Governor, Mrs. Florence Ajimobi,

The government explained that the exercise would be provided for 500 women in each of the 33 Local councils and their Local Council Development Areas (LCDAs) for the next six weeks.

Speaking at the flag off of the free screening exercise on Tuesday at Kisi, the headquarters of Irepo Local Government, Mrs. Ajimobi stated that the state government is committed to reduce the prevalence of breast and cervical cancer, noting that the screening exercise will also serve as human capacity building for nurses in the state who are responsible for cancer screening.

Mrs Ajimobi, who was represented at the event by Dr Sola Oriniowo from Access to Basic Medical Care Foundation, said that the screening is part of the action plan of Oyo State for the Control of Cancer, saying that the programme will go a long way to ensure early detection and thereby promoting treatment and management.

The wife of the governor promised that those found with any symptom of either breast or cervical cancer would be provided with treatment and support at Ibadan free of charge under the collaborative programme.

In his message at the occasion, the State Commissioner for Health, Dr Azeez Adeduntan said the government was concerned by the increasing cases of cancer nowadays, stressing that, the Ministry of Health is leaving no stone unturned to reduce the ugly trend.

Dr Adeduntan, who was represented by Dr Olabode Ladipo, said that the programme would be carried in all the local governments across the state, promising that cancer screening would be extended to the men folk next year as a means of reducing the scourge of cancer in the state.

While flagging off the programme, the wife of the chairman of Irepo local Government, Alhaja Rasidat Adediran lauded the Wife of the Governor, Mrs. Florence Ajimobi for her commitment to the welfare of the people.

She appealed to the people to avail themselves of the opportunity of the free screening exercise.

In their remarks, some of the beneficiaries of the free screening cancer, Alhaja Afusat Amidu and Madam Grace Popoola expressed appreciation to the State Government towards cancer control in the state.

Crowd as Tambuwa Defects to PDP