The Chief Judge of Oyo State, Justice Munta Abimbola, on Tuesday ordered the release of 45 inmates from Agodi Correctional Centre of the Nigerian Correctional Service, in line with efforts to contain the spread of corona virus by decongesting the prisons.

The release which came after a consensus by the monitoring committee of the Administration of Criminal Justice Law in the state is in addition to the seven earlier released last week and 15 that got freed under the prerogative of mercy of the state governor, Engr. Seyi Makinde.

The released inmates were granted mercy after the committee duly considered the need to decongest the prisons in the face of security challenges being faced across the state and rights of individuals.

Those released from a list generated by the prison service, and in order to ensure they do not return to crime, the committee has concluded plans to give them financial support to help them cushion the immediate financial challenges imposed by the pandemic.

One of those released whose case had continued to stall before the court because prosecution witnesses refused to show up to testify was expressed his excitement and promised to turn a new leaf.

Speaking on the exercise, Justice Abimbola said: “We have been able to go through the list that was generated from the prison, apart from those that are terminally ill that this committee recommended their release last week, what we did was distribute the list to committee members to study and the total number that we were to consider for release was 157.

“After going through the list that contains minor and bailable offences and by consensus of the monitoring committee of ACJL that most of the cases were minor offences that even if trial had gone on and they were convicted, they would have completed the terms of imprisonment, we thought it was appropriate to let them go, so 45 were given the prerogative of mercy. One of them was released because both prosecution and defense attested to the fact that witnesses haven’t been showing up. We feel it isn’t necessary to continue to detain such person because he can’t be convicted out of the blues without witness testimony.”

The Chief Judge further stated that the committee is already considering a new practice direction so that cases before the court will not be at a standstill due to the unavoidable situation brought about by the coronavirus pandemic.

“We want to see how judges, litigants and counsel will be subjected to strict hygienic and health standards in line with NCDC and WHO guidelines,” Abimbola said.

ALSO READ  Major Events that Shaped Nigeria in 2016, Prospects and Expectations in 2017 by Amao Babatunde

He noted that not all cases will be listed for the same time as court sessions will be staggered in a way that specific time will be given for individual cases and hearing notices given to the effect, adding that anyone who is not a party in a particular matter will not be allowed into the court to reduce the number of people and give room for social distancing 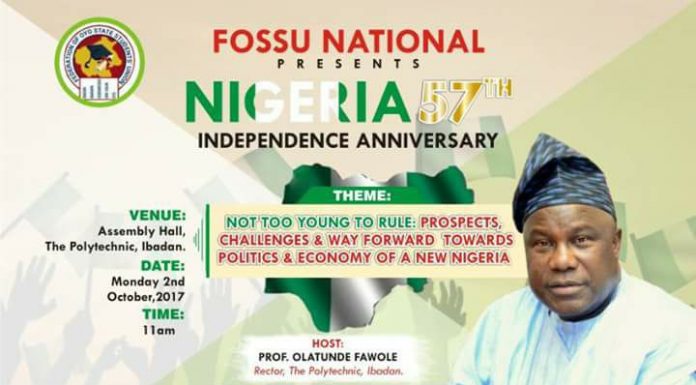