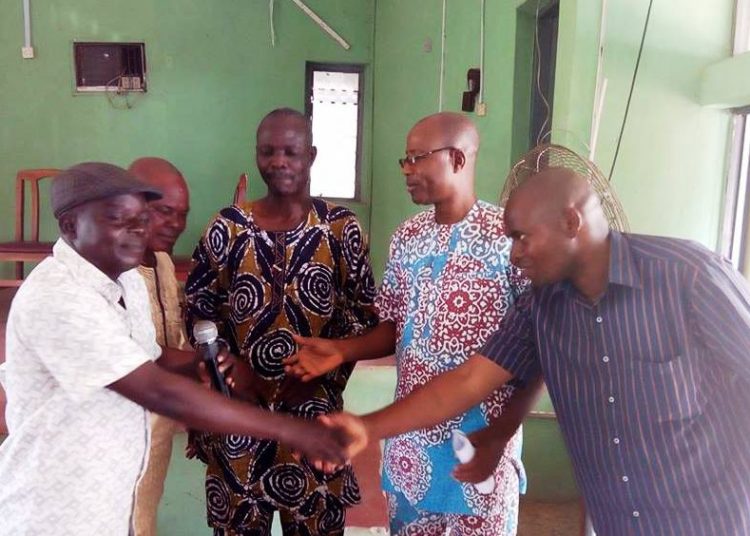 In its bid to ensure standardization and  strict adherence to  ethics of media profession, the Nigeria Union of Journalists, NUJ, Oyo State Council on Saturday inaugurates five man ethics and disciplinary committee

Comrade Adewumi Faniran, the council chairman while addressing the committee urge them to be up to the task and ensure discipline among the members of the union.

Dele Ogunsola, the chairman of the committee  who responded on behalf of other members  thanks the Union for  considering them worthy of the task and promise to do their best in discharging their responsibilities

Part of the resolve of the Union at the congress  states that the federal government should be applauded for prompt rescue of the Dapchi Students and urged to put in place necessary security measure that would guide against a repeat of the unfortunate incident in vulnerable areas.

The communiqué which was signed by the Union Secretary, Bola Ogunlayi  enjoings the  management of privately owned media organizations to be sensitive to the welfare of their staff