The adoption of concensus candidates for local government election by oyo state Chapter of the All Progressives Congress APC was trailed by mixed reactions from members of the party especially some of the aspirants.

A List of adopted consensus candidates for the position of chairman, vice chairman and councilor for the 33 local government and LCDA’s was read at the stakeholder meeting and indirect primary held at Lafia Hotel Apata Ibadan.

The election is schedule to hold on 12th May.

The announcement of candidates by Mr Remi Sadiq and Apostle Aderounmu was greeted with mixed reactions from party supporters at the meeting, while the favoured ones commended the effort some aggrieved members said the decision is undemocratic and may affect the chances of the party during the poll.

‘we paid close to a million  Naira since Dec 2017 for forms and we have been spending money for parties and , only for them now to come and tell us consensus candidate, this is not fair, we are challenging it and from the look of things local government election may be suspended  until the right things is done ” said an aggrieved member who spoke under annonymity

The APC had stated that the approach was in line with section 20A subsection 1,2, 3 and 4 of the party’s constitution

Chief Akin Oke and Mr Mojeed Olaoya, the party’s State Chairman and Secretary respectively stated that the adoption of consensus approach was the decision of stakeholders after aggrieved members of the party were appeased.

Gov. Abiola Ajimobi of Oyo State urged members to sustain the peaceful co-existence and oneness that had helped the party over the years, saying the party could only be defeated through acrimony and disunity.
He noted that the factionalisation issues rocking the party had long been addressed, saying those parading themselves as SENACO or Lamist loyalist were thieves looking for opportunity to swindle people or what to eat.

“The issue of some members being loyal to him or those being loyal to the late former Gov. Lam Adeshina had been long addressed during a unity meeting,” he said.

The governor stated that stakeholders had agreed that three names be submitted from each local government from where the eventual candidate was selected, adding that the list was devoid of any bitterness or rancour.
He denied any form of imposition of the candidates, saying they had ensured the best candidates were selected through a thorough scrutiny by the party leaders.

Ajimobi urged the candidates to emulate his good stance and replicate same through service to humanity, expressing confidence that the local government poll would end up a huge success.

“Let us thank God for ensuring that we had a peaceful outing. You will see that most party primaries have always been very rancorous but in our own case, it is very peaceful.

“This is in line with the constitution of our party, particularly if you look at page 74 sections 20A sub-section 1,2,3,4 which clearly stated that the party can have either a direct primary or an indirect primary.

“A direct primary meaning that all party members would assemble in a designated place where they will vote for the candidates of their choice.

“The indirect allows elected members of the party from the wards to the various levels of the party organs.
“You can have them as a collegiate group and they become the delegates to participate and vote at a designated location for candidates of their choice and that is what we have done today,” he said.

The governor stated that they have been able to bring in all elected party members, assembly and National Assembly members. We also have those at the local government wards level.

According to him, “we had what you call the consensus in which we listed the names of all the candidates and we asked for the support of the delegates and they agreed. And you could see that all the delegates were all happy.

“We are happy because we took the right steps that should have been taken, with wide consultations. We consulted the party leaders, women, youth groups and all the stakeholders and we had what we call the consensus of the candidates.”

He stated that it was the best party primaries he had ever seen, uadding he has been in politics for quite sometimes now.

“As we are, there is no party that can defeat us except we defeat ourself. And we felt all those who are aggrieved must sit together and talk that was what led to this.” 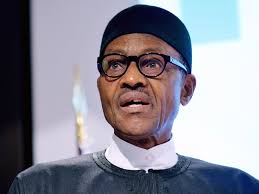 President Buhari returns to London for “medical follow up”